During my road trip around the Western coast of Ireland I met a cheerful Irishman who keeps alive the legendary characters of more than half a century old film.
“The funnyest are Asians,” chuckled Garry. “Can you imagine when a tiny Japanese puts on the jacket John Wayne used to wear! …” I quickly shared enthusiasm with the smiling Irishman at the unorthodox museum dedicated to one of the most famous films of John Ford.
The year 1951 was one of the most important in the rich history of the Irish village of Cong, which is pressed on a small river island near the Lake Corrib. That’s when they got electricity thanks to unusual coincidence – director John Ford of Irish origin choose the surroundings of the village for filming The Quiet man. The movie in which the main role was distributed among John Wayne, Maureen O’Hara and Barry Fitzgerald, has brought John Ford a fourth Academy Award and became one of the most successful of all time. Even today village Cong is attracting throngs of fans of this classic blockbusters. 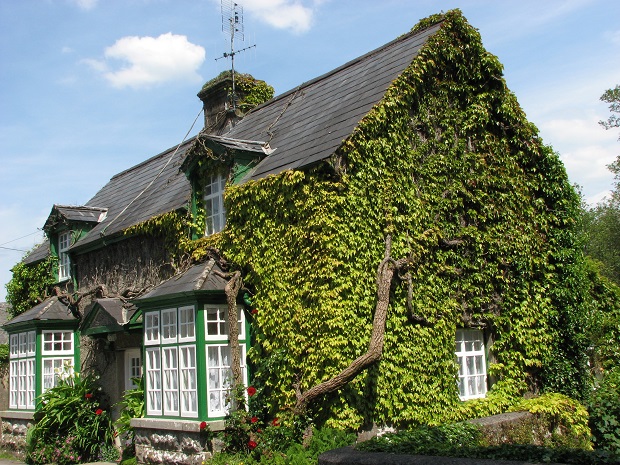 In the jacket of John Wayne

The film story is happening in rural Ireland in the twenties of the last century. Sleepy village of Cong was perfect for capturing the majority of the scenes. A lot of people were needed for this purpose. The locals loved to respond, because they were very well paid. For the day of the shooting they received more than half of the average weekly wage!
The lovers of classic film can reliving many movie scenes even today. Above all, thanks to Garry Collins, who became the largest fun of the movie over the years. He watched it countless times and he knows texts of all characters. But not thanks to his father and uncle, who appeared in the movie as extras. At that time he was only one year old. His enthusiasm began in 1982. It was then that someone in the youth hostel he owned suggested to play Quiet Man movie. Garry liked the idea and the movie is still playing every day in the small hall above the hostel. 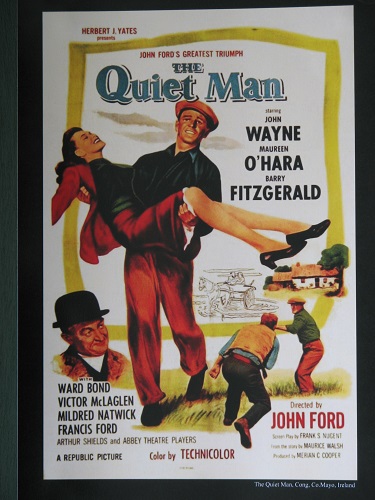 A lot of the guests wanted to know more about the movie, its characters and filming locations. Garry has helped its best and he even made a sketch of the most interesting places. His daughter Lisa helped him and she also participated in issuing travel brochure with a map of Cong and the surrounding area. In the mean time Garry made precise replica of the house (White O’Mornin) in which the main movie hero boxer Sean Thornton lived. Even the interior is carefully arranged so that everything looks like taken from the movie. Including the open fireplace, the piano, the large double bed and other furniture, which (in the movie) was brought by Mary Kate. Garry even managed to get a few objects that were used in the shooting. He helps visitors relive the movie with replicas of garments which they can put on. Sometimes villagers help and occasionally participate in the demonstration of the most famous film scenes 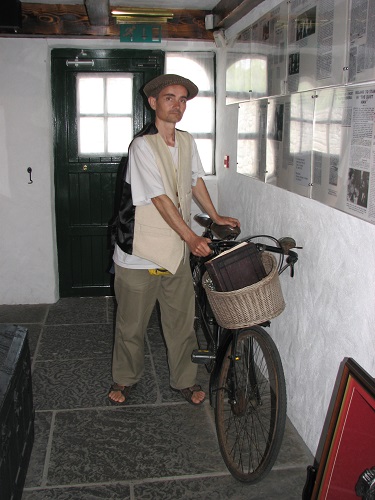 Garry knows a lot about other secrets of Cong and the surrounding area: The rich history of the first Christian missionaries, the natural attractions, majestic mansion, rich hunting grounds, stories and legends, and finally about fishing. Nearby Lake (Lough) Corrib in which he soaked hooks from an early age is one of the best fishing areas in Europe! It is known by several species of trout, salmon and eels.
There are a few pubs in the village and they are usually full in the evening. And not only with tourists, as the pub is still the center of social life for Irish. Special attention Among the pubs attracts Pat Cohan Bar. The exterior is just like in Ford’s film, but it was opened just a few years ago. Only the façade of the house was used in the movie, but the interior was filmed in the American movie studio.
Garry’s enthusiasm for the film Quiet man is largely smothered in small family-run hotel which offers bed and breakfast. It’s called Michaeleen’s Manor B & B after the attractive drunker from the movie. Hallways are adorned with photographs of the movie characters and the rooms are named after them, and the most striking quotes from the movie hung everywhere. 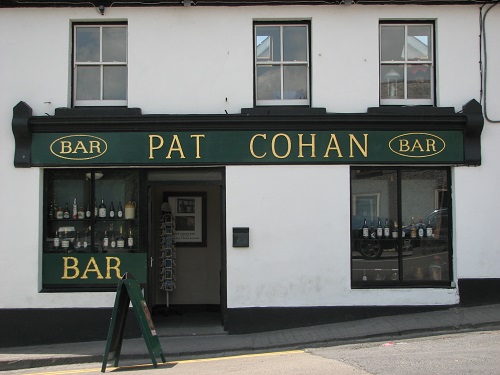 The legacy of the Guinness family

Cong is really true paradise for everyone, even for those who have no interest in connection with the famous film. The picturesque village is surrounded by water on all sides from underground springs which fed a short river. This is the outflow of Lake Corrib ending in the near Ashford Manor. Today, it is covered by one of Ireland’s most prestigious hotels – in 1984 U.S. President Ronald Reagan spent the night there and at the castle estates large part of Ford film was recorded.
Ashford Castle was expanded from a small mansion in the second half of the 19th century by Arthur Guinness. One of the sons of Benjamin Guinness, the successful owner of the most famous Irish brewery. Arthur, better known under the name of Lord Ardilaun, gave the castle todays look, In 1939 Guinness family sold the castle for a nominal fee to the state. The castle was converted into a hotel and leased, but surrounding estate, ranging all the way to Cong, is open to all visitors. 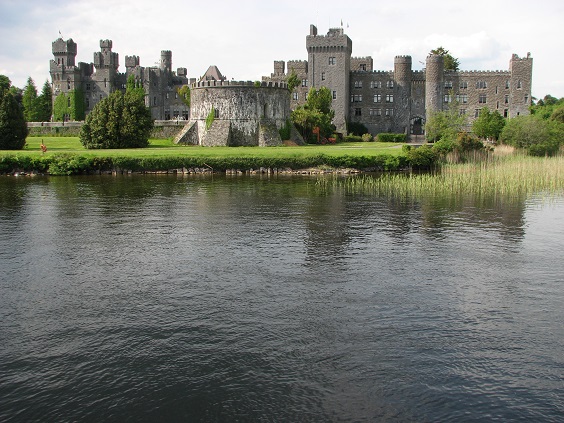 Ashford Manor is flirting with some small islands that give a distinctive look to the Corrib lake. Among 365 islands just a few have been inhabited. The most interesting is the island Inchagoill with the ruins of one of the earliest Christian churches in Ireland – named after the Irish saint St. Patrick. Next to it is a small cemetery can admire the unusual tombstone erected Patrick’s nephew. The inscription on it is supposed to be one of the oldest Christian inscriptions in Ireland. The island can be accessed by one of the ships that ply the lake’s most popular attractions. 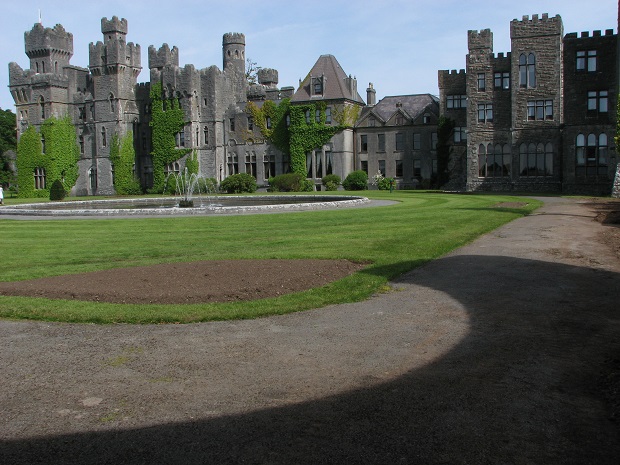 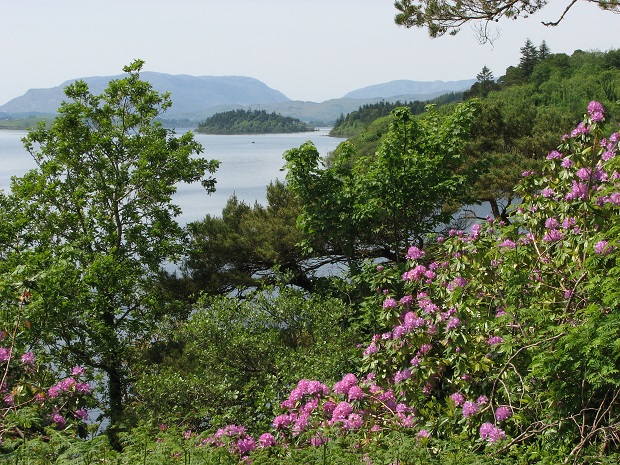 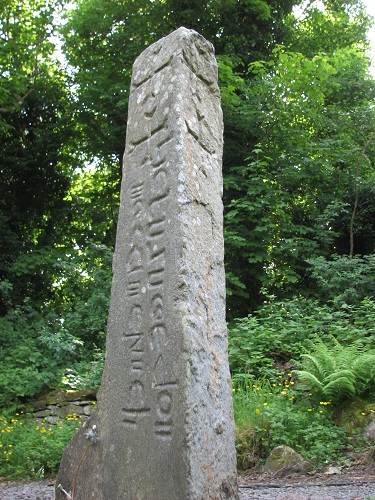 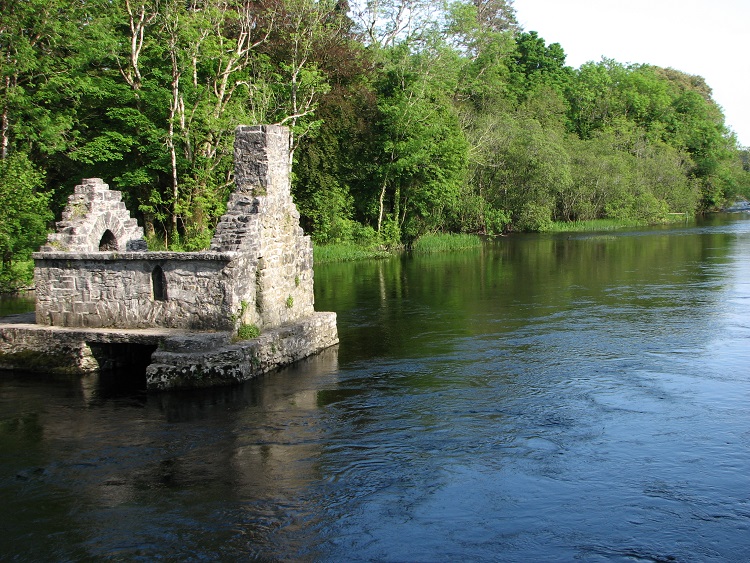