Ohrid lake is one of the most beautiful Macedonian tectonic lakes. It borders southwestern Macedonia and eastern Albania. Lake is about 30km long and 288m deep. UNESCO declared Ohrid Lake the World Heritage because of its amazingly clean and clear water and exotic species. 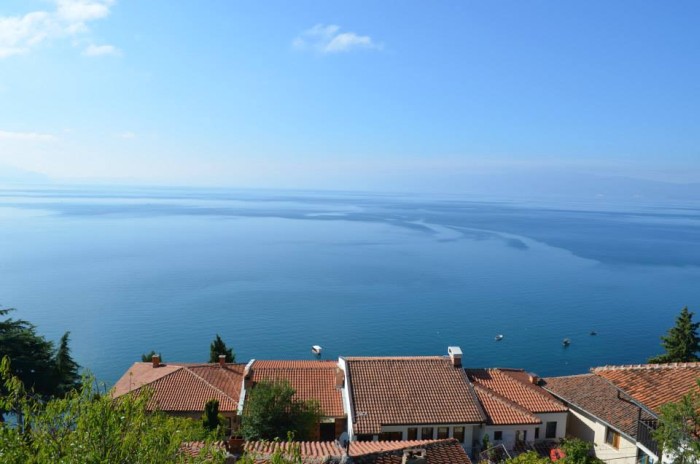 The city of Ohrid, which got the name from the lake, is located on the northeast coast of Lake Ohrid. Because it lies nearby and it has a favorable climate it has been for years a tourist center of Macedonia. It is considered the most beautiful city and the pearl of Balkan.

The town is popular tourist destination because it has a lot of monuments, churches and monasteries as well. In the past, due to a number of churches the city was called Slavic Jerusalem.

City Ohrid become at the end of the 9th century the center of Slavic literacy and culture, thanks to students Cyril and Methodius, who fled here from Great Moravia and built many churches and monasteries. Ohrid was also the capital of the Macedonian Tsar Samuel.

For all the lovers of the ancient history there is Tsar Samuel’s Fortress which is located on the top of the hill in the old part of city Ohrid.

The most beautiful and romantic view you can experience while visiting is from the beautiful Church of St. John at Kaneo which is located on the cliff right over Kaneo Beach overlooking Lake Ohrid. The locals have there a jumping point “Kukule”. With height of 10 meters, jump is at your own risk.

The Church of St. Sophia is one of the most important monuments of Macedonia, because its architecture and art style origin from the Middle Ages. The church has beautiful frescoes inside which are dated from the 10th and 14th centuries. 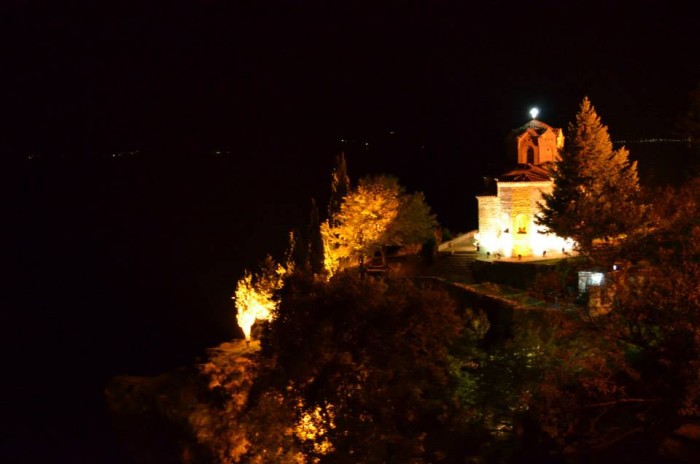 Saint Panteleimon is a monastery in Ohird and it is dedicated to Clement of Ohrid who was a disciple of Saint Cyril and Saint Methodius. There is a belief that this was the place where the first students of the Glagolitic alphabet were taught.

The interior and surroundings of the monastery are known for excavations of the mosaics. Some are preserved in its entirety, others not so much.

Beside all the history and monuments there are also other things to see and experience at the Lake Ohrid area. 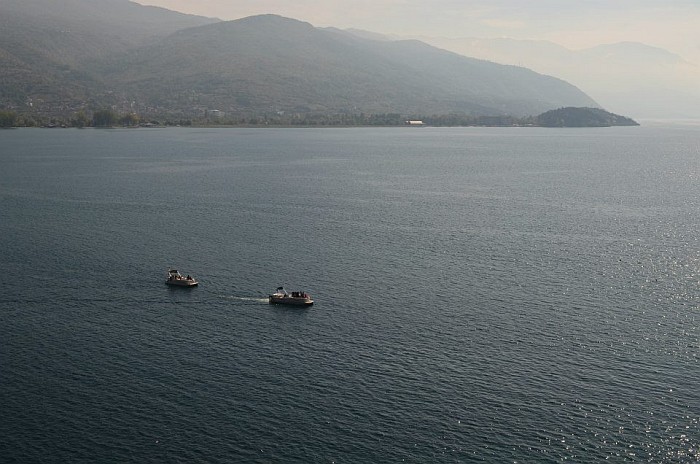 Locals offer you a boat ride to the secret wild beaches or just a ride along the shore visiting different destinations and places to bathe. The lake is really popular in the summer, when water gets warm enough for swimming and relaxing. All the beaches are well preserved and clean. There is the party zone with a lot of clubs and bars on one side of the lake Ohrid for all the visitors who enjoy varied nightlife and on the other there are smaller family friendly beaches. One of them is Kaneo beach which is a little bit harder to find because it’s away from the center. 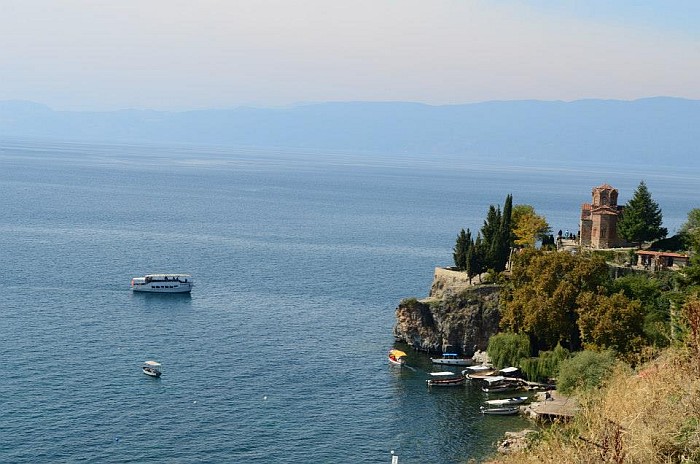 The most visited beach is near Monastery of Saint Naum, which is another historical monument. The sandy beach is located along Lake Ohrid, 29km south of the city Ohrid.

Beside all the history and culture, there is also famous cuisine. The restaurants offer you traditional Macedonian cuisine and a range of beers and wines. For couples is a romantic dinner overlooking the lake a “must” experience. The specialty of Ohrid Lake is Ohrid trout, “ohridska pastrmka” . It is endemic specie and it is used in soups and other dishes. It tastes like a brown trout crossed with salmon. You should also try the famous “gjomleze” (traditional Macedonian pancakes) and for lovers of spirits there is “Mastika”, traditional Macedonian liquor made from herbs. 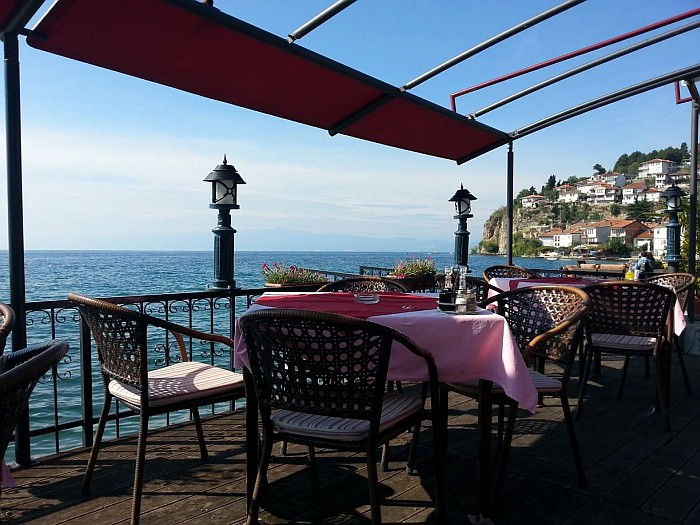 For all the young people or those who stayed young at heart there are different summer festivals. They offer various music genres, from traditional Macedonian folk music to popular nowadays hits. The most popular is Ohrid summer festival “Ohridsko leto” where all the important artists from all around the Europe are gathered and it is also the most important music event in Macedonia. 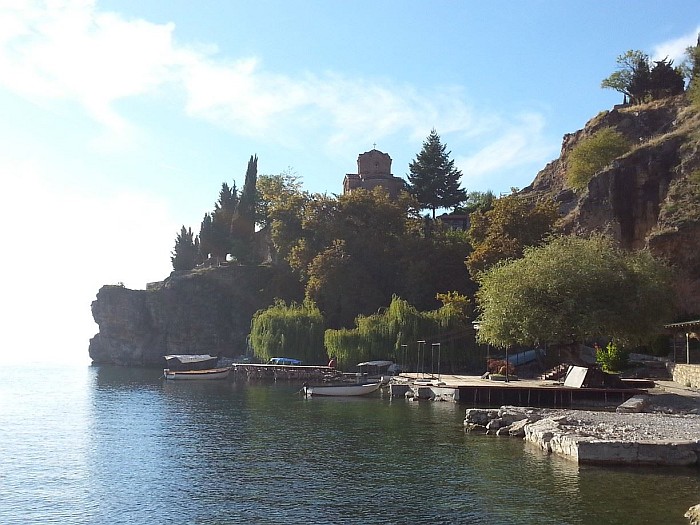 If you are worried about the prices don’t be. The accommodations, food and admissions are in comparison to Slovenia or other European countries cheaper even during the tourist season. No matter if you are travelling alone, with friends or family, Lake Ohrid is always a good choice. Not only for learning about history but also for spending time with the locals who are really friendly and getting to know the culture and traditions of Macedonia.