The Mongol rally is a humanitarian, yearly rally, which was first organized in 2004, that starts in England and ends in Russia. The rally’s start is on the Goodwood Motor Circuit in the south of England and the finish line is in Ulan Ude, Russia. Originally, the finish line was in Ulan Bator, Mongolia but was later moved to Ulan Ude, Russia, due to increase in import costs for vehicles into Mongolia. The Mongol Rally 2017 has fixed finish, but no fixed start pr route, so you can start from home, drive wherever you want but the road need’s to end in Ulan Ude.

The rally advertises itself as the greatest adventure on Earth, the main point is to travel, meet other people, hang with the locals, speak in very, very foreign language, taking care of basically everything, testing yourself to the limits. It promises catastrophic problems, sweat, no shower for days, possible kidnaps, robberies, etc. The guaranty a lot of fun though, and a lifetime experience not to be missed. So the main question is: Are you crazy brave enough to join in and drive in a car to Mongolia and beyond? 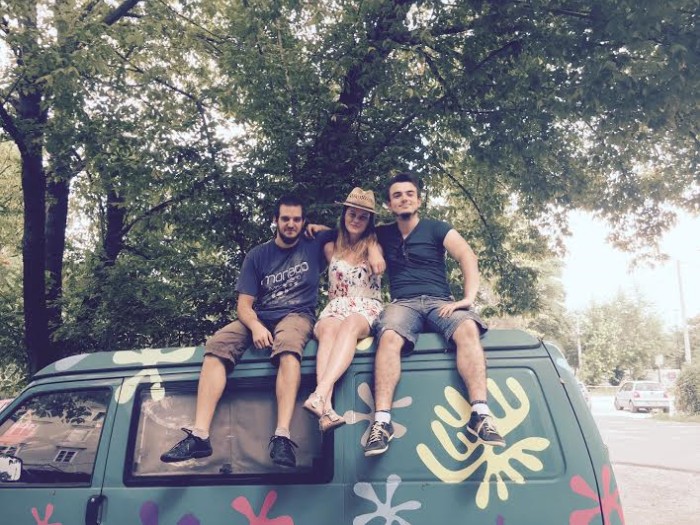 Next year in 2017 three brave Slovenian students Anita Volčanjšek, Alen Grželj and Andraž Tržan are going to be the first Slovenians ever joining the rally, united in a team under the name: Slovenian Mission Possible? This team has chosen one of the standard route, which is also one of the longest and also the most interesting, since it starts in Europe, crosses the Balkans, the Near East, Central Asian countries and eventually Mongolia and Russia. Slovenian team will therefore drive through Hungary, Romania, Turkey, Iran, Turkmenistan, Uzbekistan, Tajikistan, Kazakhstan, Mongolia and Russia. The route may and probably also will change due to »unsuspected circumstances«, visa problems, etc. The route of Mongol Rally 2017 is quite a long one, between 10 000-15 000 km long.

The rules for this rally are very simple and only three, namely: 1st: Find the oldest, crappiest car possible, with engine that has less than 1200 ccm, 2nd: Do not expect any help, on or off the road and 3rd: Raise as much money as possible for charity. For us three, the most interesting thing about this rally was the countries that goes through and the possibility to do it on low budget. So when we found out that we can combine this with charity, we said: Why not? The charity part of Mongol Rally 2017 is also very interesting, since you are obliged to raise at least 1000 pounds, of this 500 pounds goes to a charity run by the organizers, this one fights to preserve rain forests, while the rest goes to charity organizations which are chosen by the team itself. We have chosen Animal Angels, an organization from Slovenia which helps animals and Zveza prijateljev mladine Slovenija, this one helps and take care of Slovenian youth.

So, to say a couple words of team Slovenian Mission Possible?, they are three students, each from different region in Slovenia, each with its own accent, each with its own faults, but also each with its own specialties. Andraž Tržan, from Žalec (North-Eastern Slovenia) is our main team driver and mechanic, he will also take care of insane, crazy and hopefully funny stunts on the way, so he is also part comedian. Anita Volčanjšek, from Krško (South-Eastern Slovenia) is the team reporter, she will take care of the journalist side of our trip, filming and taking photos from Slovenia to Russia. Also, according to her, she will be the one changing tires. Alen Grželj, from Postojna (South-Western Slovenia) is responsible for cooking, navigation and communication with the locals since he speaks a word of two of Russian. 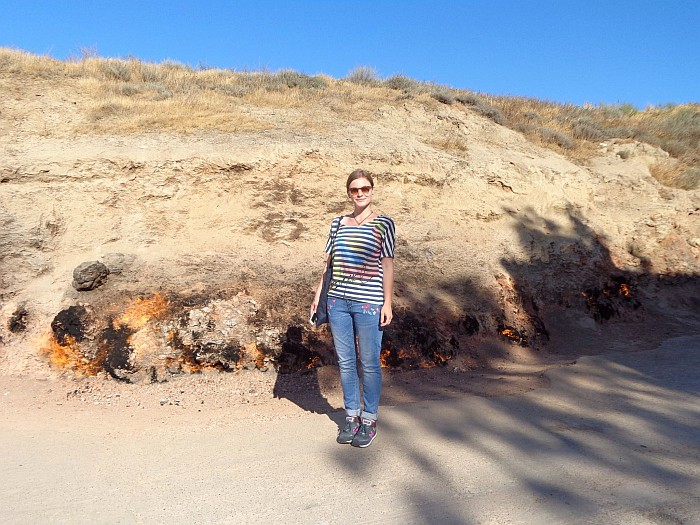 The team doesn’t have a car yet, but somehow we have decided for Golf Mk. 2 benzine, mainly for nostalgia, since both Andraž and Anita remembers this car from their childhood. We don’t plan to do major overhauling, we will just strengthen the car, take two extra tires and two extra canisters for benzine, and than we intend to christen the car »Kekec« after a famous character from a Slovenian child story, put an empty wine barrel on the roof (full of luggage, not wine) and write our national anthem in Slovene, Russian and English on the hood of the car. The preparations for Mongol Rally 2017 have already started, we registered our own society (Humanitarian society Mongolia), we started to promote ourselves though various media and also we started raising money for our expedition. For now it looks great, but we will need a lot of help to realize this project of ours. So if anyone want to help, donate or just step in contact with us, visit our Facebook page: Mongol-Rally-2017-Slovenian-Mission-Possible?, or write us on e-mail: mongolija2017@gmail.com. We will be happy of every donation, help and every support! As you can imagine, we have a lot of work until July 16, 2017, which is the official start of the Mongol Rally 2017, but we are young, enthusiastic and full of energy and ideas, so we think we can manage, with you support, of course.