One of the oldest cities in Europe, Tuzla, is located in Bosnia and Herzegovina and it is surrounded by mountains ;ajevica, Ozren, Konjuh and Javornik. Thourgh history this city is bound with salt. Today’s name of this city come from turkish language and it means salt. First villages of Tuzla come from neolithic period. The proof that Tuzla is one of the oldest cities is discovery of remains stilt villages from neolithiv period in central city. Residents of Tuzla say that Tuzla is „city on kernel salt“. Reason for this is dragging of Panonic see (now is Panonic lake), left behind million tons of salt.

The name of river Jala, which is passing thourgh this city, come from Greek word Jalos, which means salt. River Jala rises on territory Majevica, flows thourgh the city, but ends on delta in Spreča.

For the ones who love nature, the city of Tuzla has a lot to offer. Inside of complex Pannonic lake itself, there is a lot to see, like Salty falls, neolithic stilt villages and so on. Besides this, it is worth to visit river Spreča, lake Modrac, Girl cave, walkway Salty spa, and so on.

With building salty lake, Pannonic lake, in Tuzla, it is returned one part of Pannonic sea. I should mention that this is only salty lake in Europe. 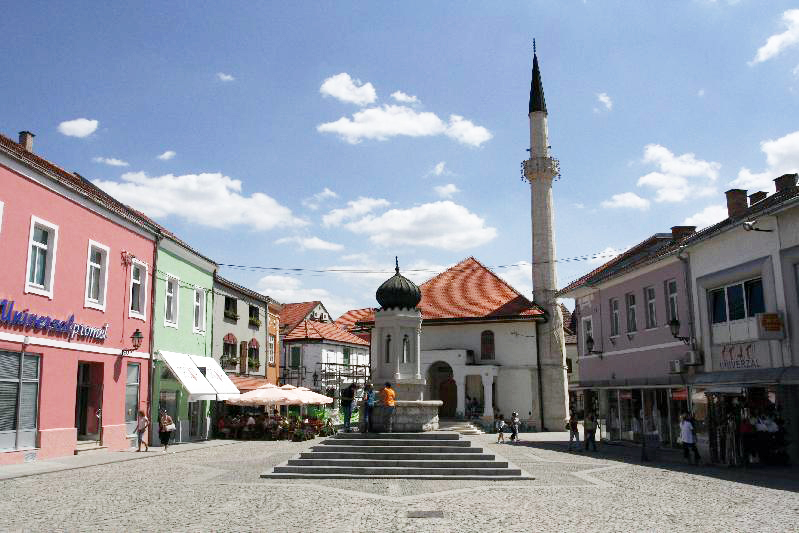 When it comes complex of Pannonic lakes itself, it was built from three lakes, which are they different sizes and deepness, and of course Salty falls. Inside of mentioned complex, in 2006., was built Archaeological park – neolithic stilt houses. This park represents reconstruction of neolithic stilt houses. Besides of touristic offer, this park presents culture – historical heritage. Stilt houses present houses which are built on wood stake, and so upraised on lakes, rivers, and so on. Ticket price for Archaeological park – neolithic stilt houses is 1 BAM. Prices are formulated in BAM.
In part of complex Pannonic lakes, at end of september 2008., it was opened Salty falls. This includes installations which was built with five cascade and two pools for swimming, favorable for stress relief, problems with respiratory and for improving your health. These accommodations inside of complex Pannonic lake attracs huge number of tourists and citizens of city Tuzla.

Besides natural beauties, this city of salt, has to offer a culture – historical heritage of city Tuzla.

With its wealthy touristic offers Tuzla, wouldn’t be complete without Square of freedom, which is one of the biggest squares in Bosnia and Herzegovina. On this location is locaed a reconstituted baroque building from Austro-Hungarian period. This square of Fredoom decorates fountain with its accompanying with its contents. Of course, it is worth to mention that on this square was found archaeological site with very significant remnants.

Next square for visit and see in Tuzla, is ofcourse a Salt square, where was on of the resources of salt. This resource was in 1476. turned into salty well, and was used for produciton of salt and extraction of salt water. Salty square with restored salty well was in 2004. renewed. At one time, this square was mid-point where aroand was built numerous public and religious buildings. Today in represents a centar of historical par of city Tuzla, where is extending tens of closely, macadam paved alley. In proximate nearness of squaere there is former gates of the city Tuzla.

Central city park is located in pedestrian zone of historical heart of this city. This park consist from foothpath and benches for refreshment and relax. Also, there are monuments which are inspired by bosnian midievel, and there is a statue of first bosnian king Tvrtko I Kotromanić. There is installed stone obelisk where is written Charter Kulin ban.

After visiting two squares and park, it is worth to visit a Museum of salt. Old salt factory Kreka is proclaimed by Comission for preservation national monuments Bosnia and Herzegovina, Museum of salt with movable heritage.

For the ones who love horses, there is Equestrian club of grower, owners and fans of horses „Vranac“ in Tuzla. Location is surrounded with nature in village Mandić, near Tuzla.

There are many locations for visit in Tuzla. You can also visit International gallery Tuzla., Museum of Eastern Bosnia Tuzla, Atelier “Ismet Mujezinović”, Center of youth culture Tuzla, and so on. I’ve mention just some of locations for visiting. For the end I would like ti mention two famous Bosnian and Herzegovia persons who were born in Tuzla. It is about writer Meša Selimović and painter Ismet Mujezinović. Both of them has monument on Korzo, which is famous location for encounter in this city.