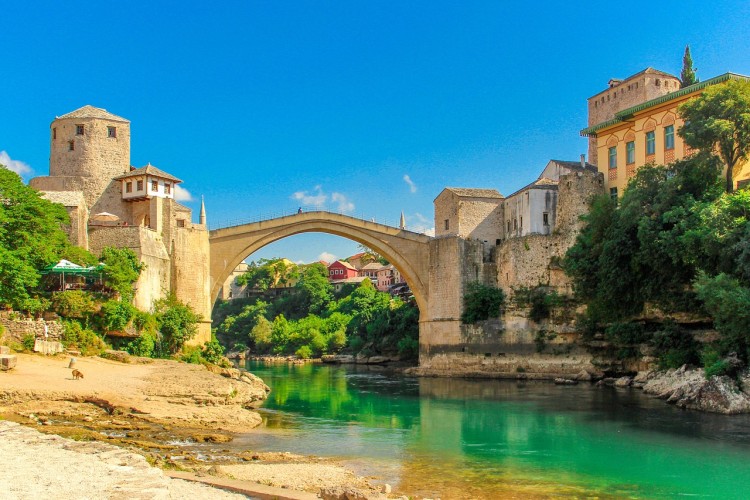 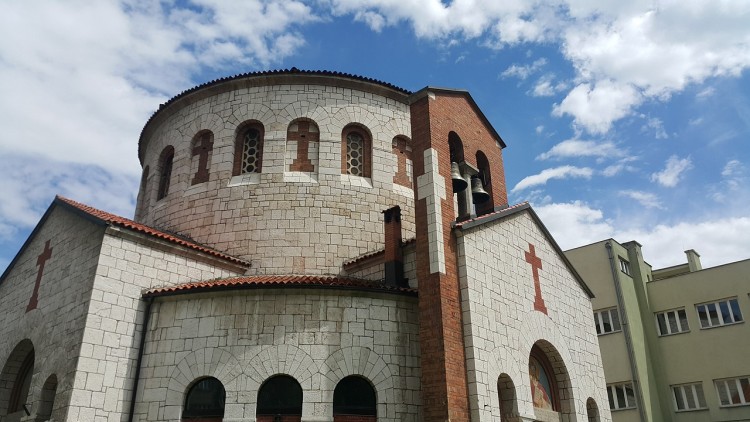 The first city you should visit Bosnia and Herzegovina is of course is a royal city Jajce. That is one beautiful city that is worth to visit Bosnia and Herzegovina. With its beauty, city of Jajce has a lot to offer. You’ve probably asking yourself what to see in this Bosnian beautiful city Jajce? Well, above all, I’m recommending to visit a waterfall of river Pliva in Jajce that leav a lof of people breathtaking with its natural beauty.

Next what you should see in Jajce is a famous fortress. It was build in 13. or 14. centruy, on karst hill above waterfall of river Pliva. On southwest is a entrance with a royal crest. Surface of a fortress covers a 11.200 squer meters, while the lenght of the walls are 1.300 meters. The walls are really high, and the fortress itself was built in a shape of an egg on the hill. For rivers Pliva and Vrbas you can say that they are protection of the fortress.

The first mention of the city Jajce is in 1396., when her founder Hrvoje Vukčić Hrvantić gives a title „conte di Jajcze“. This is a peiod of a sudden blossoming and importance of the city Jajce. With its monuments, as natural, so historical, this royal city have what to offer to see and visit.

Next ciy for visit Bosnia and Herzegovinais a city called Stolac, which is on east Herzegovina. It is also situated in bottom of mediaeval city Vidovški, which its first mention in 18. of february 1444. as a city of land Herceg Stjepana. You may ask yourself what to see in this Bosnian city? This beautiful Bosnian city has a lot to offer to see and visit , like Oldtown’s tower, remains of city Daorson, monuments called stećci, and so on.

Oldtown’s tower with a historical area of Old town Stolac, is included among national monuments in the country. It is a great location to visit when you’re visiting Bosnia and Herzegovina and this beautiful city. Because it is protected the chain of stone towers and bulwark up on the hill, it offers a beautiful view on village and on the river Bregava. What is characteristic of Old Town, it has own cistern of water, places to live, and a mosque, which is after suffering in 1906. Evident only a remains. This is just one part of this city when you’re visiting Bosnia.

If you come from direction of Mostar or Čapljina, you can’t miss one of historical beauties, and that’s a stećci, mediaevel tombstones monuments. Stećci are designated a national monuments. There are 133 stećka, and only 63 are decorated. There are different motive on stećci, like architectural decoration, stylish crosses, human and animal crosses, and so on.

Beside historical monuments in Stolac, there is a natural Bosnian beauties, like cave called Badanj. You can’t miss this beauty of Bosnia nature if you decide to visit Bosnia and Herzegovina. There was found the oldest monument of painted art in Bosnia and Herzegovina – it is engraved paint on a rock. The paint alone represent, it is assumed, a figure of horse attacked with arrows. As for cave Badanj itself, it is about halfcave which is immerse in rock pf a canyon Bregave, around 45 meters above her troughs. Cave Badanj date back from period of neolithic time, 13.000 till 12.000 years beofre common era. The cave itself was found in 1976. 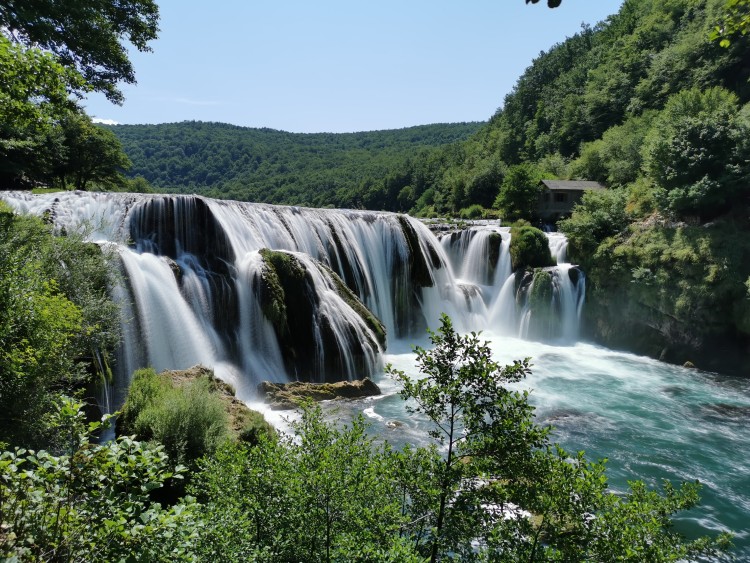 From Jajce and Stolac, we’re coming to thevisting next Bosnian city, and it’s called Tešanj. I would mention Old Town Tešanj where is found on crossroad of median and north-east Bosnia and Herzegovina, for visit and see his beauties which this city has to offer. Old town Tešanj was build on the top of rocky  hill by he river Tešanjku which is a must see if you decide to visit Bosnia and Herzegovina. It is assumed that first Iliri came here and had their fortress, and with coming Romans, it was whale and Romans were built their refugium. With Slavens coming on the Balkan area, Tešanj’s fortress whas destroyed. But in late mediavel century was built a castle. In that period, Tešanj was part of mediavel Bosnia, and was situated in a property ofusorske nobleman family Zlatonosović.

The first time that name of the city Tešanj was mentioned was at 23. March 1461. in letter of roman pope Pijo II which directed to believers to pilgrimage to the church of saint Jurja in Tešanj, giving them frogivnes of all sins. Franciscan church sv. Jurja in Tešanj was built by Radivoj Krstić. This letter is now in Vatikan’s archives. Same year, on 18. september, Tešanj was mentioned in one document, where the last bosnian king Stjepan Tomašević, donated this city to his uncle Radivoj as krunsko dobro. Unfortunatly, this document wasn’t saved.

What you should see if you decide to visit Bosnia and Herzegovina is for sure city Tešanj’s fortress itself, which is one od the biggest and conserve fortresses in Bosnia and Herzegovina, and belong between three the biggest fotresses in our country. Surface of the fortress is 6.300 squer metar, and obid itself is 400 metars. It is a word about very complex architecural object which comes from servel time epoches (epoha). 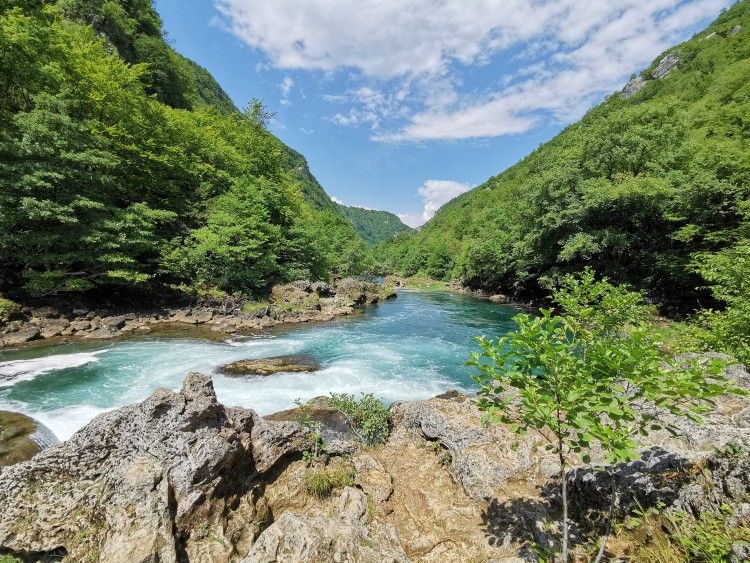 Architecturel structure of Old Town itself is made of two parts. The first part is made of upper part city which dates from mediavel period. The other par is made of down part of the city which was made in Ottoman period.

Tešanj has some Bosnia nature beauty, also. It has natural perseve of wilderness called „Lake Jelah“. It is located in Jelah field, which is 10 kilometers from Tešanj. Whit its surface of 170.000 squer meters, it is combination of resort and park. In the complex of this perseve, there is a Zoo garden. Also, near the lake there is a restaurant, park for childern, as also lots of benches where you can sit and enjoy in natural beauties that this perseve offers.

Now we are going to the city which lays on river Drina and it’s also a must see if you decide to visit Bosnia and Herzegovina, in area of ravine with ridge fall which slightly raise into the hills high even over 1.000 metars. It is about city called Višegrad, which is on eastern side of Bosnia and Herzegovina. On location Višegrad firstly were Iliyrian tribes Autorijati and Ardijeji, where near by were found their thumbs. In later period, Višegrad was par of roman province „Malavico“, and in valley of river Drina was a roman path „Via Drina“. In that period german tribe called Sasi came here, so one part of Višegrad is even today called Sase. And now I will tell you why you should visit this Bosnian city and what to see in Bosnian cty Višegrad. 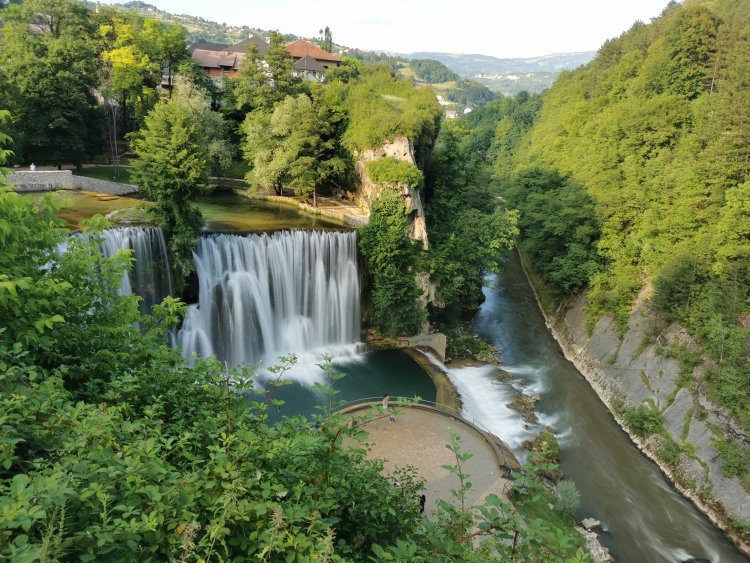 The first time that this city was mentioned was in 1433., in period when it belong to powerful Serbian nobelman family Pavlovići. Under their authorities was and a mediavel city called Dobrun. You should come and visit that city if you decide to visit Bosnia and Herzegovina. Wreckage of this city is located on two places, and they’re called „“Uipper city“ and „Bottom city“. On inaccessible rocks above the river Drina, near the bottom of the city, there is a tower, which is between the local people knowen as „Tower of Princ Marko“, and her role was a watchtower. It is round building which is 8 metars high. In period of Ottoman regin, this tower was buried with rocks, so that the brigands couln’t hide.

Now you may wonder what should see in this Bosnian city Višegrad? I would recommend to visit in Bosnia the Mehmeda-paše Sokolivića bridge. The birdge was made in 1577., and the architect was an Ottoman acrhitect Mimar Sinan. The bridge itself is a legacy of great vizier Mehmed – paše Sokolovića, who was one of the greatest Ottoman war general. UNESCO was enlisted in 2007.  this bridge at their List of world heritage.

It was made of eleven arcings with more gentle raise to middle part. Also it has descending ramps on left coast. Lenght of the bridge is 179,5 metars, height above normal water level of river is 15.40 metars, and the witdh of the bridge is 6.30 metars, on the both sides of the bridge, from sixth column, are extands. There is an a couch in the middle of the birdge, so it was designed for relaxing. Opposite of that couch is stone portal, which possess  two boards made of white marbles. On this boards is written lyrics of a poet Nihadija on arabic language. The lyrics is about architect and the year of construction. From 1949. till 1952., this birdge was completly fixed.