The youngest island of Hawaiian seamount chain – the island of Hawai’i, also known as the big island, is formed of five hotspot volcanoes. Only one of them appears in newspapers all over the world. Mauna Kea (4200 m), one million years old volcano, currently dormant, represents the highest point in the state of Hawai’i. But if we measure the height of the Mauna Kea from its oceanic base, with its height of 10,100 m, it soon becomes the highest mountain on the Earth. Worldwide it is known as the home of the worlds’ largest observatory, but around the summit the mountain reveals much more. 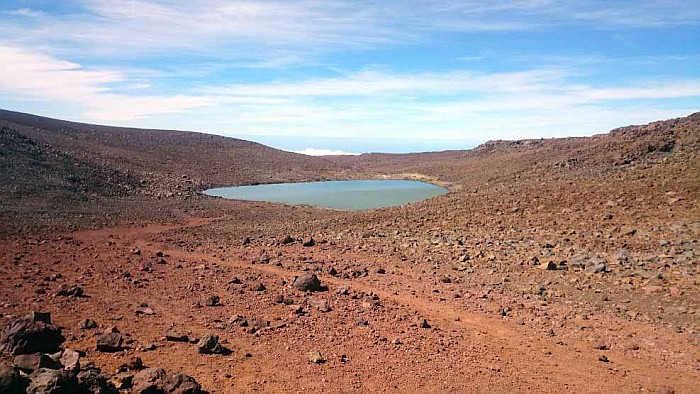 A small magical lake under the summit, where the native Hawaiians still worship their Gods.

If you’re not well prepared hiker, you don’t have to worry about it. The top is accessible by a car. The signs recommend a 4-WD, but a bigger and stronger 2-WD will get you up there just as easily. At least when it doesn’t snow. The Hawaiians named Mauna Kea a ‘white mountain’ after the snowflakes that whiten the peak for a short time, in the winter. All mountains in Hawai’i are known to be sacred, but Mauna Kea summit was only reachable to the highest ranks of Hawaiian natives – chiefs. The highest point has recently been closed to public due to the respect of native Hawaiian traditions. 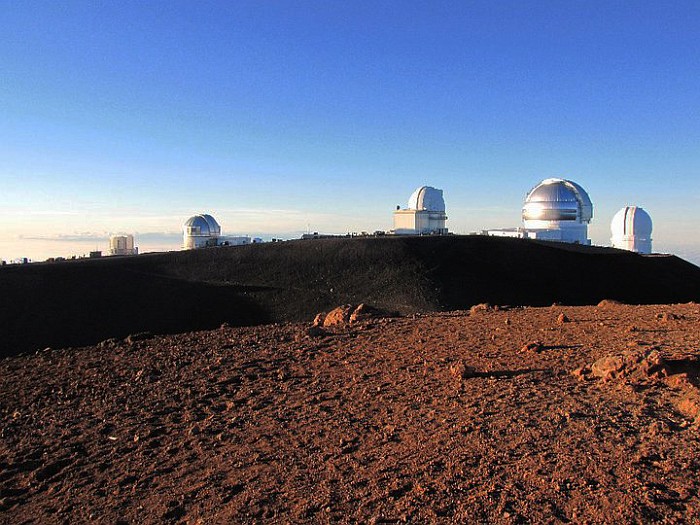 The biggest observatories on the top of the mountain.

Today, Mauna Kea intrigues tourists from all over the world. The tough ones drive up only to the Visitors center (2800 m), stop there for a short time, check in and then continue with their trip along the narrow path that takes you right up to the summit. It’s highly recommended to stay at the Visitors center for at least half an hour due to the possible elevation sickness. It takes approximately five hours to reach the peak at 4200 m by foot. The view at the end is breathtaking and silence is indescribable. Visitors are scarce, but the rangers drive up to the summit every hour. It takes about thirty minutes to reach the observatories by car. Most of people drive up around 5pm to catch the colorful sunset and watch the stars at the point where there are as close as they can be. Some of adventurers try a different road… 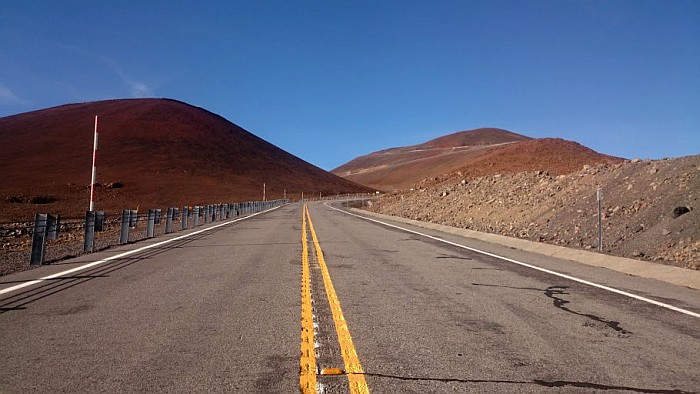 The road to the top is cemented only on some parts and very dangerous.

If you park your car at the last parking place before the peak (on the right side) and follow the trail on the left side of the road you will end up by a beautiful greenish-bluish mountain lake. There is pile of rocks just on the edge, covered with offerings of the natives that still worship their Gods at this very sacred place. Look closely and you will spot small shelters around in the nearby hill slopes. The shelters and shrines were used by hardworking stone workers that reigned on the Mauna Kea in Hawaiian prehistory, 600 years ago. 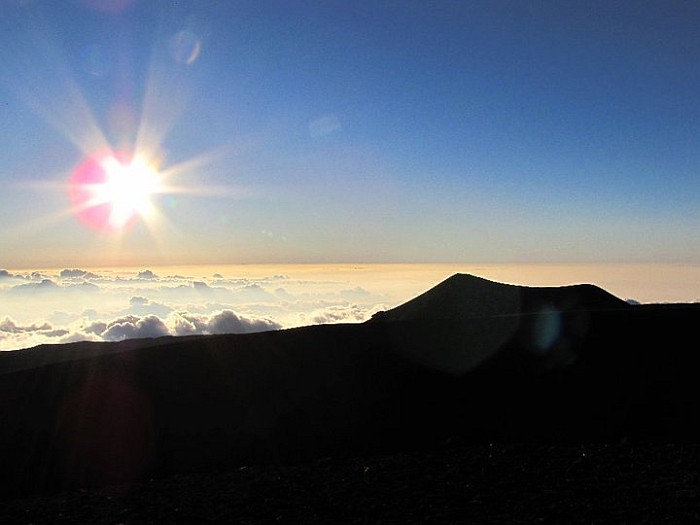 Breathtaking sunset makes you forget how cold it is up at 4200 m.

The real archaeological treasure is located approximately 400 m lower from the peak. If you take the right trail back you will soon reach a huge mound of gray stones. That is all man made! The mound is a residue of adze makers. Through hundreds of years they would find shelter in small caves and work on the precious tools. But where did they get the raw material? There is brownish lava and red dirt all around, but no sign of basalt. Turn southeast and break through a rocky landscape. It is worth it! After fifteen minutes you will reach a small hill that looks very unnatural. When I climbed up the hill I was speechless. It is probably the biggest prehistoric stone quarry in the world. The ground is covered in flakes and half-worked adzes. 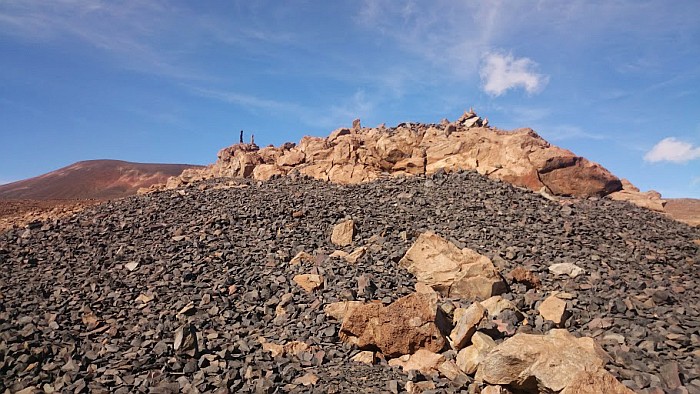 A prehistoric shrine with upright stones set in the lava rock, located above the quarry. The grey stones are all flakes and half-worked adzes, residues of 600 years of adze production.

On your right you will get a sight of a small shrine with a circle of upright stones and on your left the path follows to two enormously big extraction pits. There, at 3800 m of height, people would chip big blocks of basalt and reshape them into priceless adzes. There is no food sources at this height, so they had to carry all the necessary supplies to survive for months with them. When the season ended, they would walk for days to carry the adzes to the shoreline, where the chiefs would praise their sacrifice. In the quiet, secluded area you can almost hear the chipping sound and the history suddenly becomes alive. However, there is important fact that needs to be emphasized. Feel, observe, experience, but never move or damage any rock or remains. It is important for this archaeological reserve to exist for our future generations that have a right to see and experience the past as well. The Hawaiians say it is forbidden to take any lava rocks from the islands. They say it’s bad luck. I don’t like to take my chances, do you? 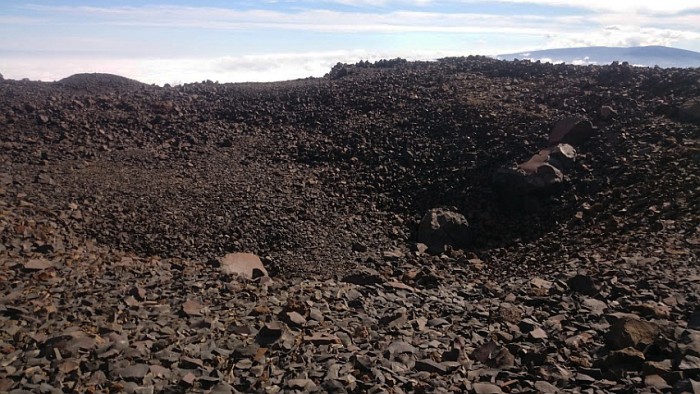 One of the biggest extraction pits (20 x 20 m), where the stone workers would find the basalt rock.

How to get to Mauna Kea: