Between 1892 and 1954, millions of immigrants from Europe arrived to the United States. They all entered the land of hope through Ellis Island New York, located in Upper New York Bay. Nowadays, the island was transformed into a museum, and it is a part of the Statue of Liberty National Monument. Since 1990, is hosts a museum of immigration. Even if long time it was considered a part of New York, today a major part of the island is in New Jersey. However, if you arrive to New York and want to understand better the history of the city and listen to the stories of the first immigrants who arrived in the U.S., you must visit the Ellis Island New York. 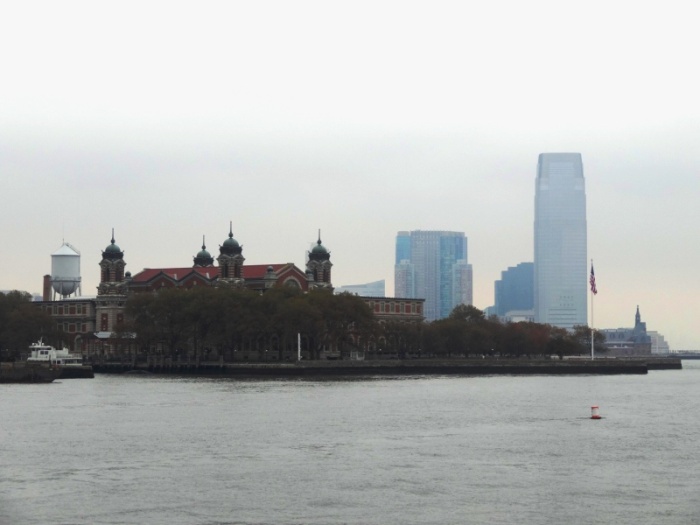 View of the Ellis Island New York from the boat

If you have decided to visit Ellis Island New York, you must know that you have to take a ferry to get there. Usually, the same ferry will take you to the Statue of Liberty as well, so expect long lines. You can take the ferry from Manhattan, but you must go there as early in the morning as you can. Thousands of tourists are visiting the island and the statues every day!

A round trip ferry ticket costs $14, with different discounts for seniors and kids. The first ferry leaves from the Battery Park at 9.30, and the last ferry returns at 17.30. Usually, the ferry goes first to the Liberty Island, while Ellis Island is the second stop. I recommend you to visit both in the same day, but you really need to leave Manhattan at 10.00 if you want to have time for everything.

Once you arrive on the Ellis Island, you can simply follow the crowd and enter the main building, which was transformed into the Museum of Immigration. Less than a hundred years ago, the immigrants from Europe were entering the United States of America through this island. I felt extremely special being there, like the area has a unique vibe. 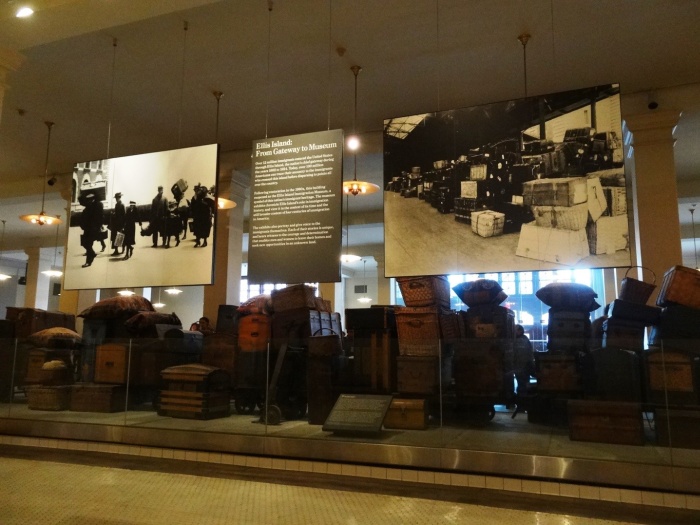 After you’ve entered the building, make sure you get your audio guide, because you will hear a lot of interesting things. Actually, after visiting the museum, my whole perception regarding New York, the United States, and actually the immigration process changed.

The tour of the Museum of Immigration on Ellis Island New York starts with a visit of the main room, also known as The Great Hall. More than eight millions immigrants were processed through this room. If you pay attention to the walls, there are still hanging some US flags. Also, at the main entrance, you can check one of the old registers, in which everybody who arrived in the US was supposed to sign. 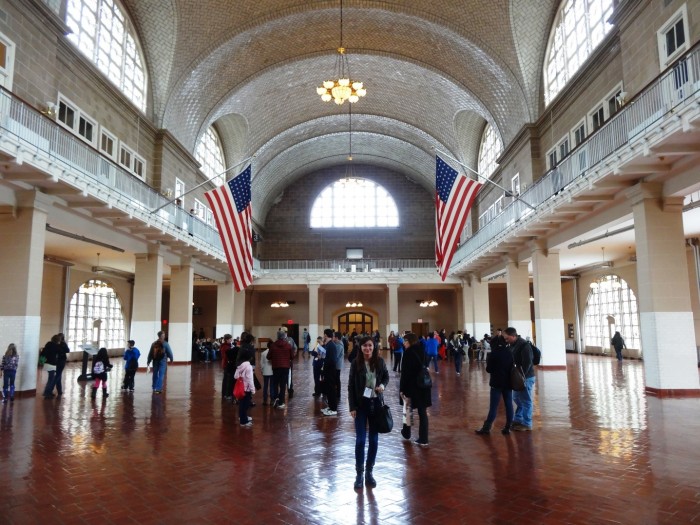 When you are done with The Great Hall, you can start exploring the museum. Follow the audio guide instructions if you don’t want to get lost, or to lose any exhibition. Visit the Hearing Room, the Silent Voices, the Peopling of America, the Treasures from Home, the Restoring a Landmark room, or the Ellis Island Chronicles.
During the tour, you have the possibility to watch short films, or if you are lucky, live performances. Also, the exhibits include thousands of old photos, passports of the immigrants from all over the world, different objects belonging to the immigrants, but also tools and equipment that were used during the routine control of the people who were entering the US. 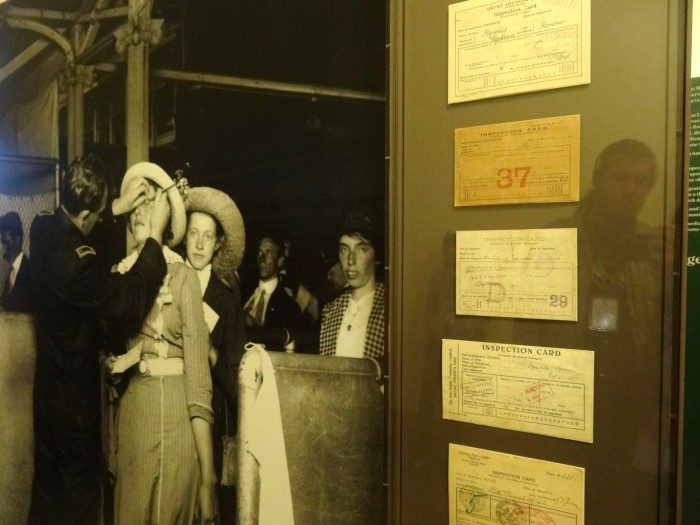 From time to time, you can also hear in your audio guide testimonies of some of the immigrants that are still alive. Hearing their story is extremely emotional, but it an experience I totally recommend.

Check the cards and the passports in the exhibit and try to find immigrants from your country. I cannot explain why, but I felt happy and touched every time I saw a document or a picture of one of my co-national. 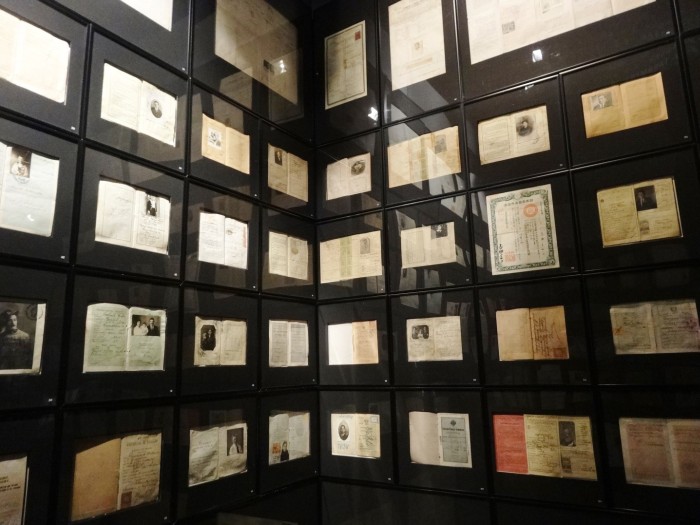 The audio tour takes around 45 minutes, but trust me, you will learn everything you need to know about the immigrant experience. For example, every immigrant was supposed to pass a strict examination. If the doctors have found something they didn’t like about a person, they would have marked him with a letter. If you listen to the testimonies, you will hear many families were separated like this, and send back to Europe.

Usually, a person spent between two and four hours on Ellis Island New York, but some of them stayed months. If they were sick, they were supposed to stay there until they got well, or to go back to Europe. According to the registers, 2% of the immigrants were sent back because they didn’t fulfill all the requirements.

Statistics also say that half of the US population is descendant of Ellis Island immigrants, so if you are in New York, you must see how it all began.