Between sky and wide Pacific Ocean – the other side of the earth. That little dot in the blue sea – Fiji. Simplicity, non-material significance and timeless days. The archipelago that lies between the vast Pacific Ocean and sky, left to their own culture, human ingenuity and beauty of nature. 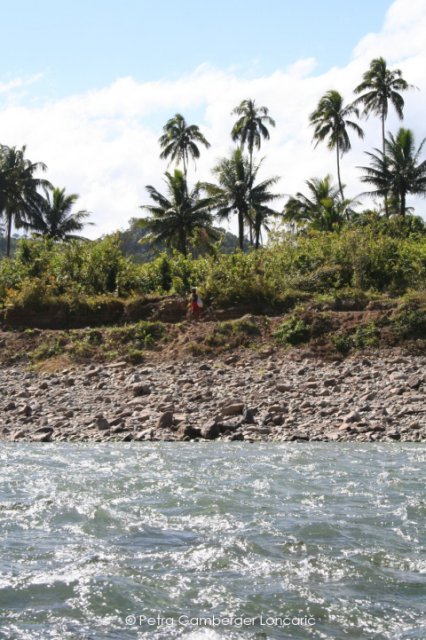 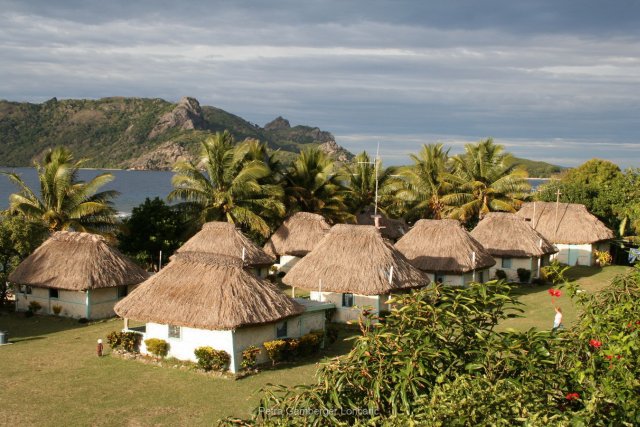 The republic of Fiji, now an independent country, used to be under the influence of the British Kingdom. It consists of more than 300 islands, which occupy 18.300 km2. We managed to visit only three – the main Viti Levu, its western and southern part from Lautoka over Nadi to the capital town Suva, Beachcomber – paradise island for tourists, which can be walked over in just ten minutes and little Waya, where we indulged in huts made of straw. One would expect that the islanders may be directed against Caucasians, who until recently occupied their land, but they seem smarter than us – they accept every white person, as it represents a source of knowledge and opportunities for progress. 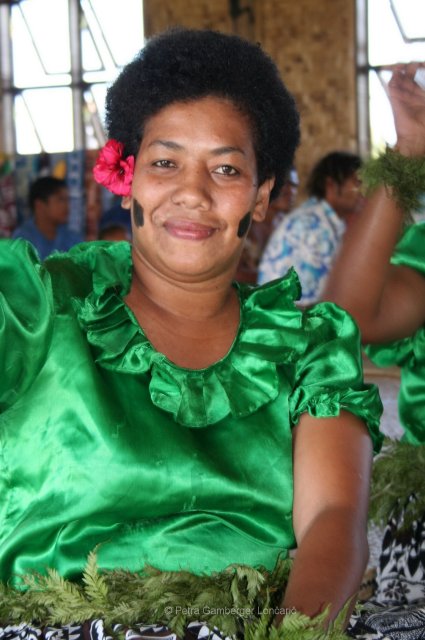 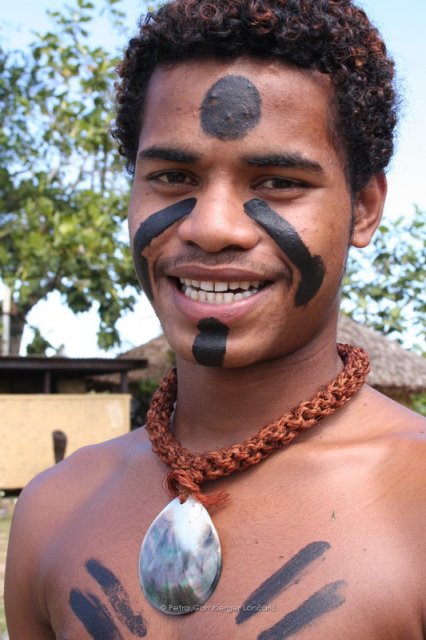 Two worlds exist on Fiji; the world of the locals, who mostly live on the main big island of Viti Levu and the world of tourists, who take refuge in heavenly regulated tourist spots, which are enclosed by high fences. They do not have much in common with the locals. Those rare locals, who make a living with tourism business, live a decent life according to our criteria. Fiji is well known exporter of sugar cane, but many islanders still survive by tourism. The population is mostly poor; they live in shacks, which are made from boards or composite husk. The lifespan of a shack like that is three years. That’s why the imaginative and wealthier people resorted to the use of labour containers, that we see on construction sites in our world. Money mostly doesn’t mean much. They make their own  food; those, who are lazy, are hungry. To earn a small amount of money, they sell their products on the farmers’ marker; they don’t need much more. They are happy in their own world; a world without stress, no rush and without searching for opinions of surroundings. They don’t think cars, mobile phones or radios are important. Time has no meaning. They raise with sun and go to sleep when the sun sinks into the ocean. They keep telling the tourists that they shouldn’t worry, as the time on Fiji passes slower than on the other parts of the world. 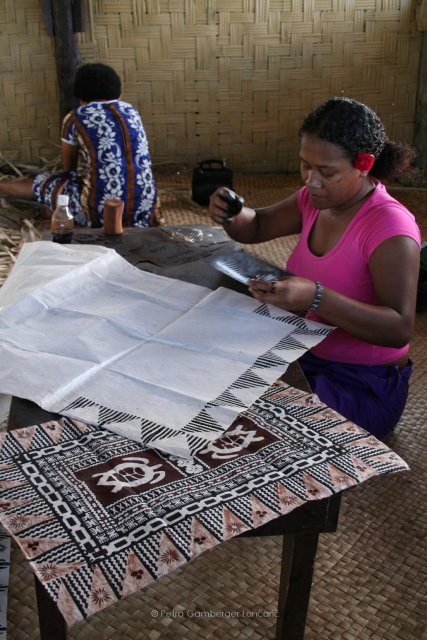 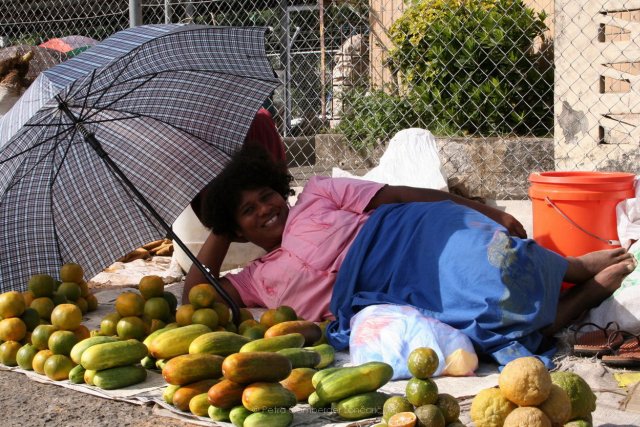 Fiji is composed by native Fijians and half from Indian population. The differences are obvious. Indians mostly live in three larger cities on the main island (in Lautoka, Nadi and Suva), Fijians as loyal natives live in the villages. Even those few, who are employed in the city or tourist complexes return to the village after work and enjoy the beauty of nature.

To conjure up their lives and feel the pulse of everyday life, we visited village Namosi, which lies two-hour drive by boat from the town Navua. City Navua lies at the mouth of the river with the same name; Navua, which lies on south side of the island Viti Levu. We got equipped with life vests and garbage bags in which we had to store our personal belongings so they wouldn’t get wet and boarded their eight meter long boat which was carved in the trunk of a tree, and the journey started. Upon arrival in the village people blowing in a seashell greeted us, but it sounded like they were blowing in horn. They showed their hospitality by serving us coffee. But that is not the coffee we are used to. It’s their ritual drink, which is drunk on special occasions and special events – even if those events occur every day. The coffee is a blend of crushed roots of plant Yaquoona and water. Yaquoona has to grow for about four years until their roots are big enough for use. The roots are then dried, grinded to dust and mixed with water. In ancient times, when they didn’t know grinders, girls chewed the roots until they became soft enough to be suitable for the mixture, which doesn’t taste pleasant and even numbs the tongue a bit. 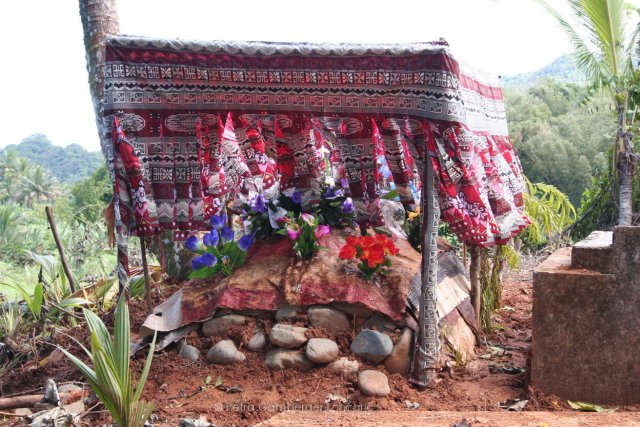 Our host, Wiliam Danford presented us the story of the village. Namosi consist of 85 residents – they all have the same last name – Danford. It doesn’t sound very Fijian. Wiliam kindly explained to us, that they are all descendants of mr. Danford; a British man, who eight generations ago accidentally sailed to Fiji. Mr. Danford got in a fight with the captain on the deck of the ship, so they simply threw him off the ship. They left him on the neighbouring island chain Tonga. Mr. Danford had no other choice but to try to find another ship, which would take him back to England, but he was not successful. People from Tonga drove him around the sea for months in hope of finding a suitable ship. Everywhere he got the same answer »Mr. Danford, we don’t have enough space on the deck to take you on«. Finally, they landed on Fiji. The Chief, who accepted mr. Danford was a wise man. He realized, that unusual white man could teach them many things, so he decided not to eat him. At that time, Fijians were cannibals but only on special occasions. Like that, Mr. Danford stayed on Fiji for thirty years, where he learned how to fight, how to heal battle wounds, how to grow food and how to manage. However, homesickness was too strong so he wished to go back home. Chief with the name of Roe extremely appreciated him and didn’t want to lose him. He offered him one of his fifty wifes and a piece of land to stay. He wanted to let him move on only after he left descendant on Fiji. That is exactly what happened. Mr. Danford stayed on Fiji where he created a family with his wife Roela. He never returned to Great Britain. He is buried in village Namosi, where the current generation proudly holds his name. 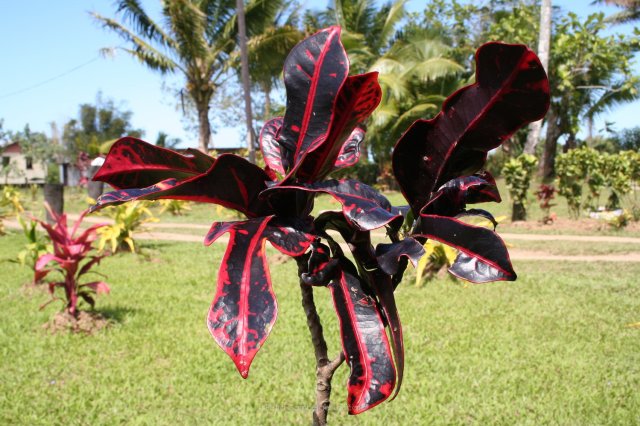 Life in the village today is much more advanced than in the past. Three years ago, they got even electricity. The village is two hours away by boat to the first major city, so they decided to have school in the village. The school consists of huts made of straw, which measures five m2. Ten children from ages two to six years are attending the class. Women usually take care of the family, cook and clean, make carpets from the husks, they draw on tapioca (like papyrus) various colour patterns, which is their specialty. With this special drawings, they decorated ceilings, interior of the house, dresses, as well as their traditional costumes are composed of them. Women take care of mostly everything. Men’s priority is debate and drinks their daily ritual drink – previously mentioned coffee.

Unfortunately, we had to go back to the city of Suva, where we were staying at the time. Kindness, neatness and their cheerfulness will forever remain in our memory. And we will miss their “Bula Bula”, which means hi, welcome, good day. They are shouting it on every step of the way, even when you’re on the street, and they are riding on a tractor near you.

Between the sea and the sky, between life and eternity, far away on the other side of the earth is Fiji, another world, different people, other mentality and different thinking about life.

Fiji – when sun sinks into the ocean
Rate this post