Less than an hour flight form the capital Istanbul and less than an hour drive with a shuttle bus from the small Kayseri airport is the unique Cappadocia valley. Arriving late at night and almost no street lights during the travel, it is difficult to discern the peculiarity of the natural formations and the architecture of the region. But in the morning we were taken aback by the landscape resembling a fairyland setting. Snuggled between the ‘fairy chimneys’ lays the small town of Göreme. 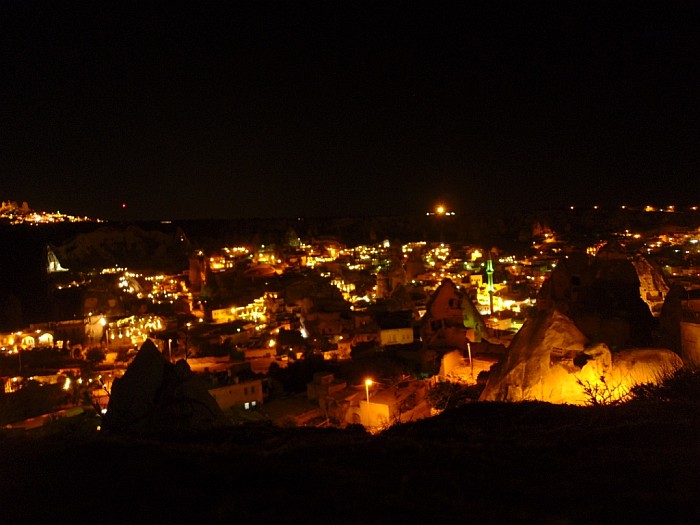 The whole region of volcanic tuff and basalt has been shaped by the erosion of the soft layer – facilitated by the extreme forces of the wind and the underground waters. Almost no modern buildings mar the authentic scenery of the valley. The small cave-hotels and restaurants carved into the volcanic rock make the most of the townscape. The town of Göreme has been literary sculptured by the wind and the natural forces and then finished by human hands.

Most of places to stay are cave hotels that bring authentic look combined with modern commodities. In some places interesting design decision can leave the visitors quite surprised (such as no bathroom door or doors that close only from outside). Also during the summer season some hotels unequipped with water reservoirs may experience water shortage. Even those little shortcomings however, cannot ruin the unique atmosphere created by the cave-hotels. 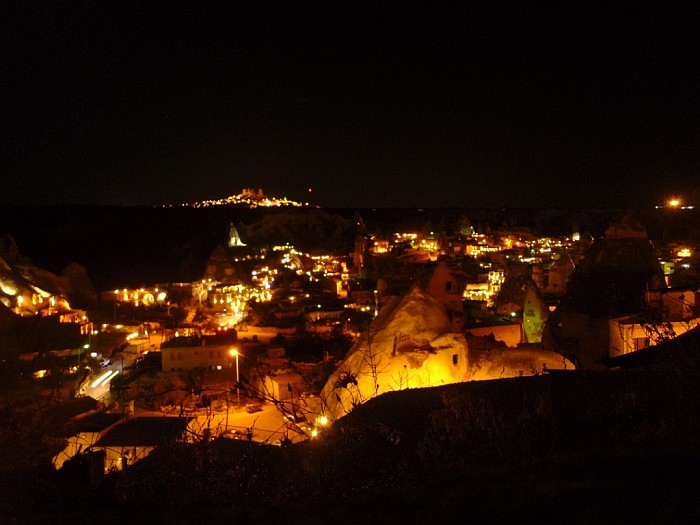 Even though it is quite small in size, the town has plenty to offer. Breath-taking night scenery from the top of the hills that surround Göreme combined with the sweet taste of the local wine on some of the top hills makes a perfect end of the night. On the top of the hills the strong winds still remind of the great forces that have shaped the landscape, so warm clothes are indispensable. Also a horse ride across the valley or flight over the region with hot air balloon will leave a lasting impression of the majestic enchanting valleys. Taking one of the different routes to the Love Valley or the Rose Valley can reveal much of the variety of the formations shaped by the volcano eruption and erosion.

To the way to the Rose Valley one should stop at the Göreme Open Air Museum. It is an early Christian monastic complex dating back in the IX-XI century that includes, well preserved churches, monastery of nuns, refectory and hermit cells, carved in the soft tuff rocks. Various styles of frescoes and decorations can be seen in the walls and the domes of the churches. The evolution of styles and several different techniques that have been used during the centuries witness the religious traditions and life of the early Christian worshipers. 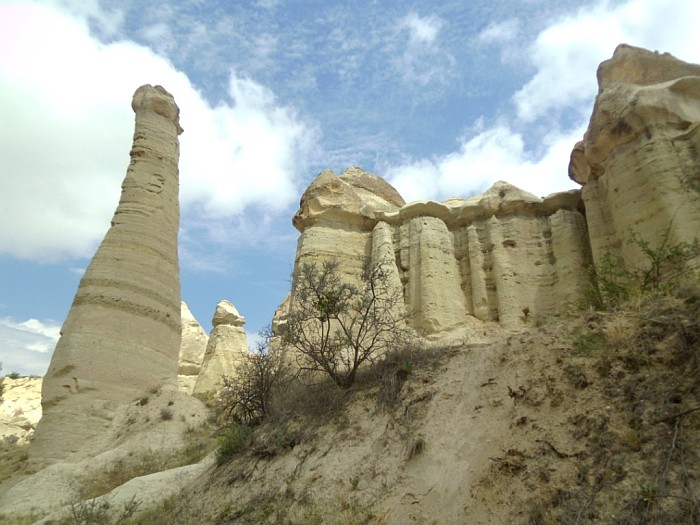 Taking the footpaths again to the Rose Valley one can understand where the name Cappadocia (The Country of Beautiful Horses) came from. Nearby there are two equestrian centers that prove that the name is well deserved. Walking amidst the barren beauty of the Valley one is amazed by the cone-shaped formations that look more like sand-dunes than rocks. The hikers have to take plenty of water and enough food since the only option for refreshing drinks takes at least two-hour walk. No abundant vegetation or trees provide enough shade, only a few vines that are watered by the underground waters can be seen among the rocky formations. 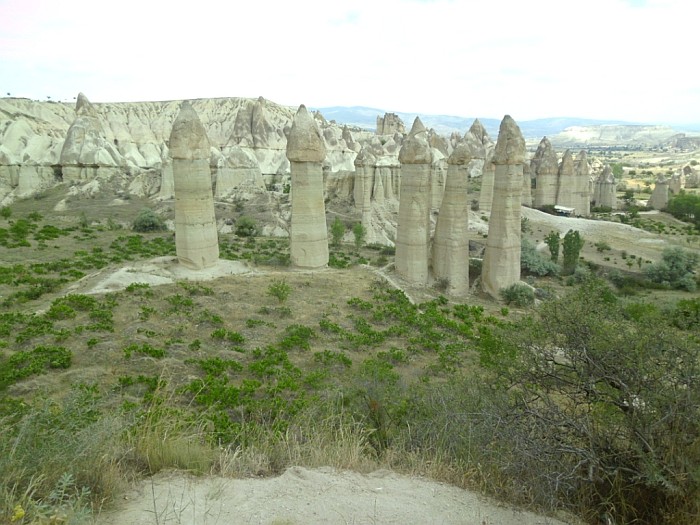 An alternative route for the hikers provide is the Love Valley. The name is derived by the phallic shape of the formations, much taller than those in the Rose Valley, that are predominant in the area. The route is much steeper, varied and the vegetation provides shade for the tired traveler, especially in the summer season. The route leads to Uçhisar, the highest hill of Cappadocia. At a distance the Uçhisar Fortress (Uçhisar Kalesi) resembles a giant anthill looming over much smaller mounds. Once an excellent defense structure, now it offers a magnificent panorama view of the whole area.

From that sight one can spot the numerous dovecotes. It is arguable what the purpose of the dovecotes- the homes for the doves – was. One theory suggests that the eggs of the doves have been used as plaster for the frescoes decorating the dwellings and churches. Other theory claims that the doves were worshiped for their Biblical meaning.   Even though the purpose of the dovecotes is not yet clear, one thing is certain – the doves have been revered and now they present an interesting sight for the tourists.

Next to be seen is the underground city of Derinkuyu. Derinkuyu is the largest underground city in Cappadocia once provided shelter for the early Christians who fled the attacks of the Arabs. In the past the underground city had been designed to provide with everything necessary for the survival of the local people and their livestock. The city is believed to be 12-storey deep (the deepest in the area), though only seven of them are fully excavated and open for visit. The underground city contains depots for food and wine, storage room, ventilation shafts, a church, water wells connected by long tunnels and secured by thick doors. 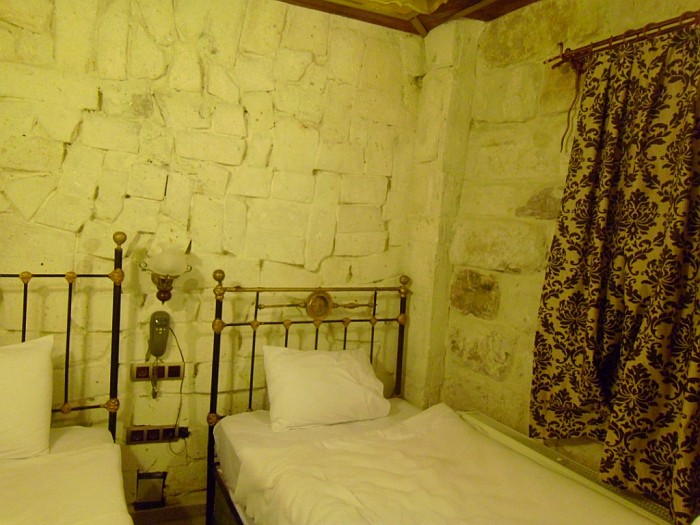 One should not leave Cappadocia before visit the Ihlara Canyon. Considered one of the world’s most beautiful canyons it is a 14 kilometer oasis that swerves around ‘fairy chimneys’ in different sizes, shape and colors. The area has been used also for religious worship by clerics, as well as seclusion and refuge. 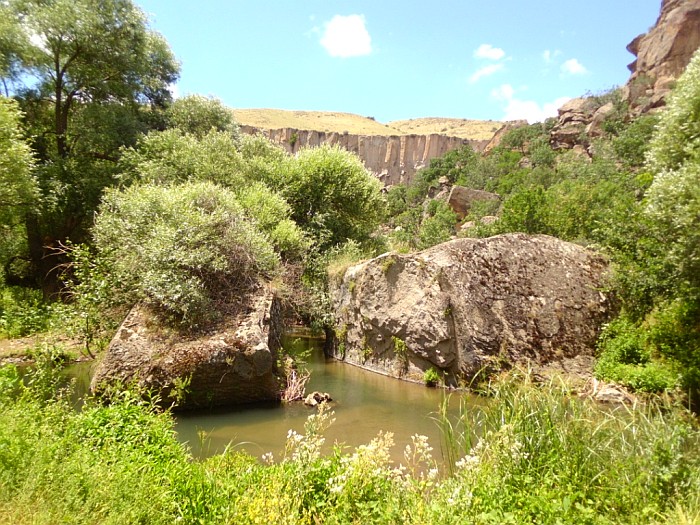 There are numerous species of plants (such as pistachio) and animals to be seen. The walk through the canyon can be quite pleasant and there are places for refreshment – a tea-cabin and a restaurant in the middle of the river. 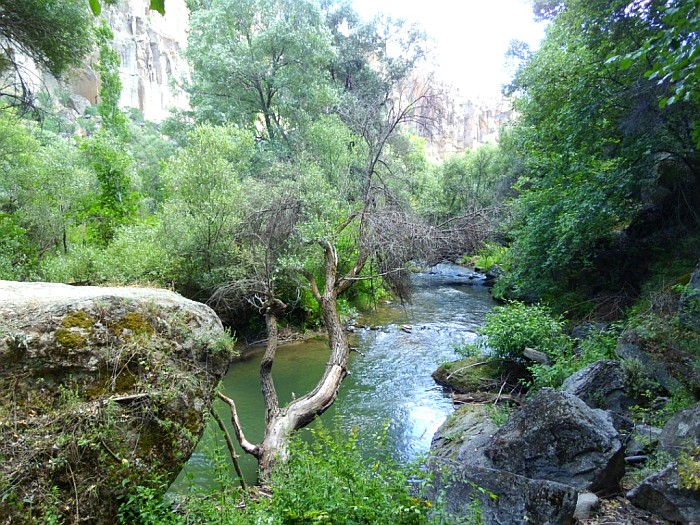 For all the wine-lovers there are a few award-wining local wines and some boutique labels that are worth trying. The wine had a special place in the Cappadocian tradition since it has been used in the religious ceremonies. Not far from Göreme, in Ürgüp, is the Turasan Winery that gives a good impression of the local sorts of wine that have been produced in the region for centuries. Kocabağ Winery offers traditional indigenous wines aged in rock cellar. Though to some the majority of local labels may appear a bit too sweet due to the lack of rain while the grape rapes, the Capaddocian wine is something that shouldn’t be missed. 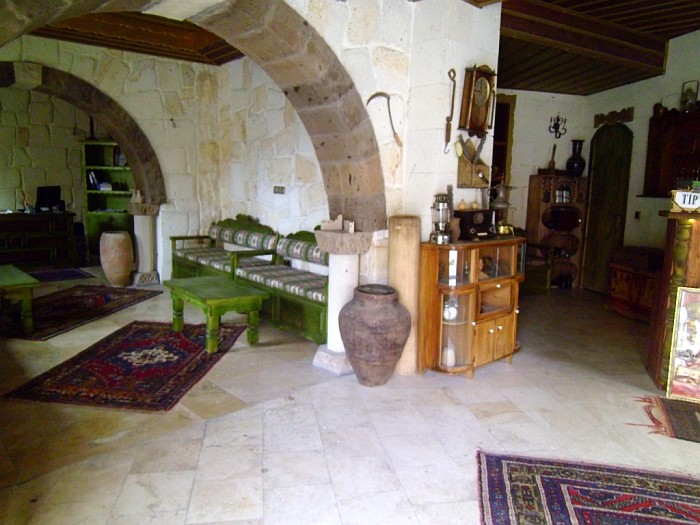 In Cappadocia one can become acquainted with the most of the specialties of Central Anatolia. In some of the small restaurants the food can be prepared in the traditional tandoori oven. Among the many dishes, seasoned with endemic spices are the sarma made with stuffed squash flowers, the home-made bread and pottery kebab.

Four days are insufficient to explore the different routes, especially if you intent to fly over the valley with hot air balloon and go for wine-tasting. At least a week is needed to explore the natural wonders, ‘fairy chimneys’, the open air museums, underground cities, wine cellars and have a full experience of the enchanting Cappadocian valleys.

One thought on “Magnificent Cappadocia, Turkey”