If you try Googling “hostel Ljubljana” you will find what seems like a bottomless pit of hostels located all over the city. Here are the two most unique ones.

Definitely one of the most interesting hostels out there, Hostel Celica was awarded first place on Lonely Planet’s World’s Hippest Hostels list back in 2005. In 2010 Hostel Celica was voted the number one hostel in Slovenia by travelers from all over the world. Today Hostel Celica continues to impress with its unique story, artistic design and interesting location in the heart of Metelkova City. 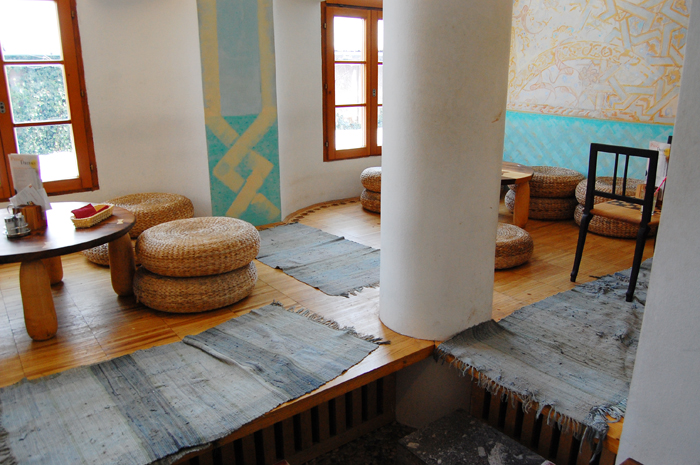 Hostel Ljubljana: A chill out area in Celica

The hostel’s slogan is “Spend the night behind bars”, as the building served as a prison from 1882, when it was built by Austro-Hungarian soldiers, up until 1991 when Slovenia became an independent country. In 1993 the building was on the verge of being demolished, when artists shielded the building with their own bodies in protest of its intended demolition. In 1996, they succeeded in their cause and the building officially became protected as part of the Slovenian historical heritage. More than 80 Slovenian artists, members of the Culture and Art Association, as well as some international ones worked hard to create what Hostel Celica is today: No longer a chilly, scary and damp prison but rather a hub of artistic activity, offering its visitors not only a place to sleep but also a great creative outlet. The hostel has been opened to the public since 2003. Although greatly remodeled, the hostel embraces its prison history so much so that the rooms, although modern and warm, all have prison bars to further the illusion of sleeping in a former jail cell. Not all of the cells have been remodeled, however. If you go down to the basement, there are two cells left as they were (the space, that is. The bars have since been removed). I went down there on my own and it felt very eerie indeed. It was completely dark so I helped myself with the torch on my phone. I didn’t step into the cells themselves but just looking at them, I felt the claustrophobia slipping in (and I’m almost never claustrophobic). By the entrance to the basement cells area, there is some additional information on the history of the prison. There are also guided tours of the hostel taking place everyday at 2pm. 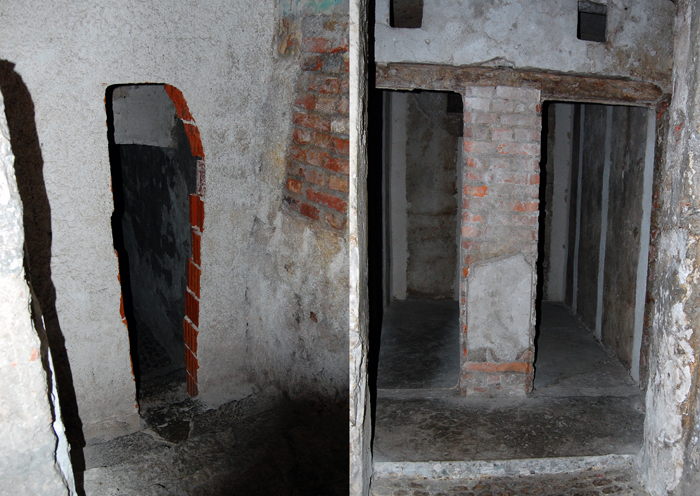 Hostel Ljubljana: The old prison cells of in the basement of Hostel Celica. On the left is the entrance to the area. If you think this is creepy, try imagining it in pitch black. On the right are the two jail cells. It’s a tight fit!

Hostel Celica regularly hosts events such as concerts, game nights and all you can eat events. Always a hub of artistic activity, the hostel has its own art gallery and regularly shows work by local artists. To add to its artistic vibe, Hostel Celica is located right next to Metelkova Mesto (Metelkova City Autonomous Cultural Center), which consists of seven buildings, all of which are painted, graffitied and decorated with sculptures. Metelkova is home to live music events from jazz, techno, rockabilly, psycho-billy to punk rock and heavy metal. Since its creation in 1993 Metelkova Mesto has been LGBT inclusive and has hosted several anti-racist activities. 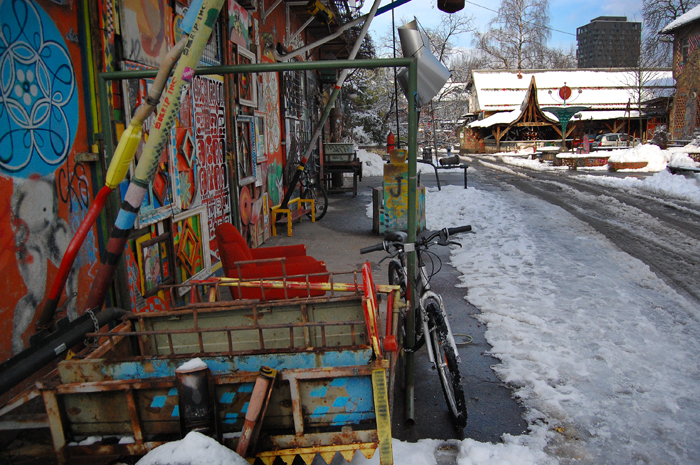 Another one of Ljubljana’s most interesting hostels with a rich history is Hostel Tresor. As the name would suggest, Tresor used to be a bank. When thinking of banks, one would normally envision a gray, rigid and unfriendly building but Tresor is today far from what it used to be. Although still not quite as colourful as some other hostels, the black and wide interior decorations of Tresor only serve to add to the feeling of spending the night in a bank building. In fact, some bedrooms are actually located in the old conference room. The breakfast room is located in what used to be a bank vault. How cool is that? You could actually eat your breakfast in a bank vault and this time you wouldn’t even need to wear a ski mask (although you still can, if that’s your thing). The former bank vault is located in the basement and is oftentimes used for evening activities, too. There is another common area on the first floor, the atrium. It has a sky ceiling and so, it is perfect to enjoy on a nice blue-skied day. If you’re not too busy chasing city lights, that is. 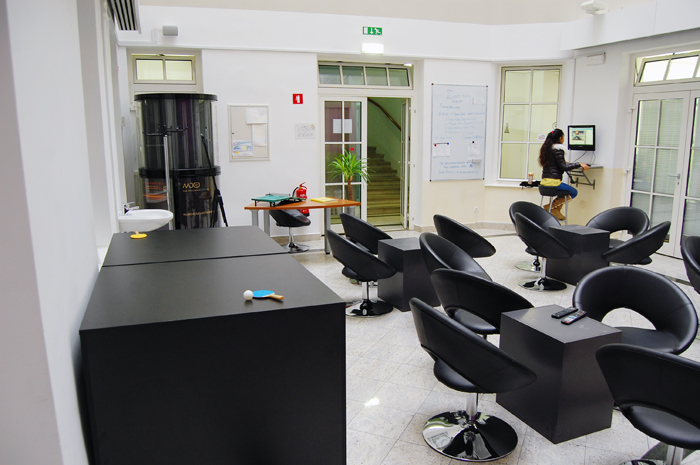 There are playful quotes related to money and banking spread all over the walls of the hostel, such as Coco Chanel’s “There are people who have money and people who are rich”. 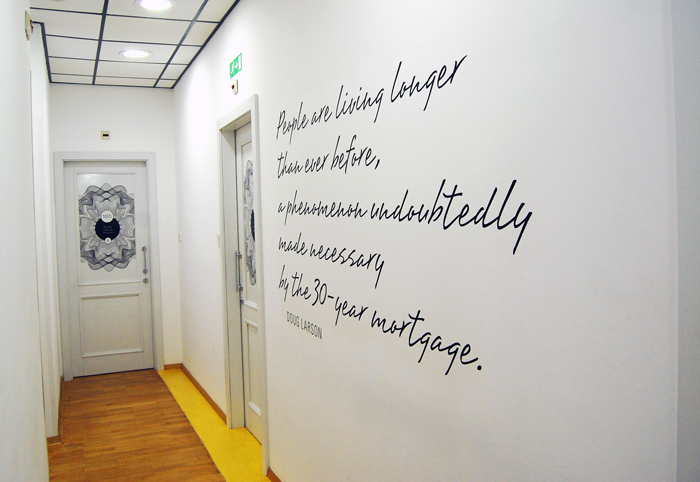 Hostel Ljubljana: The walls of Tresor are full of sayings related to money and finance.

Much like in Celica, Tresor also hosts different events, which are more numerous in the summer. They include weekly movie nights, game tournaments (games include board games, table football and table tennis), Slovenian evenings (comprised of Slovenian food and learning about the culture) and Meet Tresorian, an event aimed specifically for guests to get to know each other, play games and have a good time together. Hostel Tresor is conveniently located at the very heart of Ljubljana, a stone’s throw away (if you’re really ripped, otherwise it might be two stone throws) from the river and Prešeren Square. Another cool thing about Hostel Trestor: They accept Bitcoin! Bitcoin, of course, is an international currency, using an open-source software and peer-to-peer transactions. So, it looks that Tresor not only has a past in banking but also looks towards the future of finance. 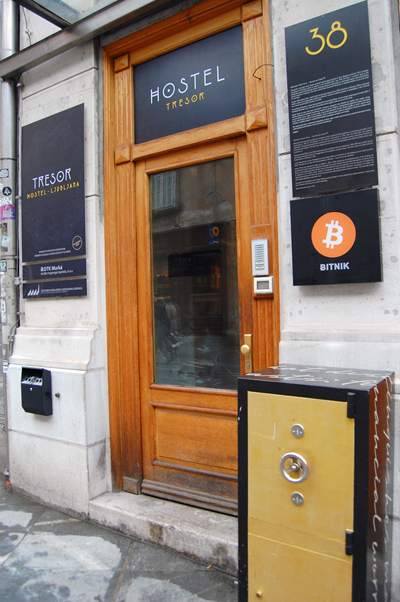 Hostel Ljubljana: The exterior of Tresor