Ever since I first saw the view of the “Holy Trinity” of Washington D.C from the bench on the slope in front of the Netherlands Carillon – the “Trinity” being the Lincoln Memorial, the Washington Monument, and the Capitol – I knew I wanted to see them basking in the light of the setting sun. 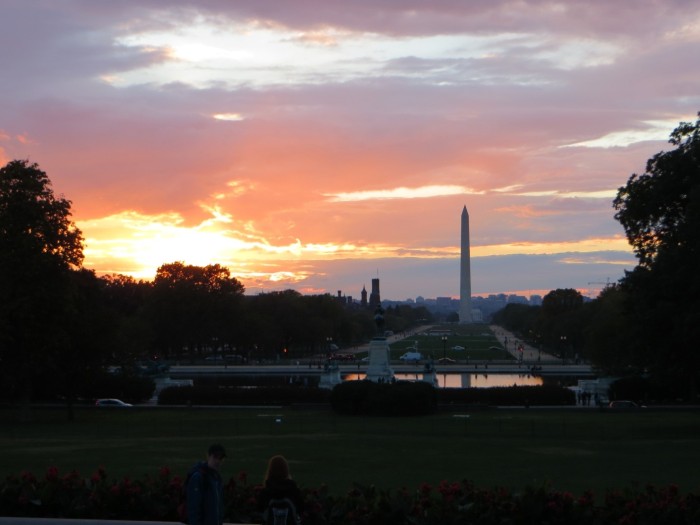 And on my last day in the US capital, I almost got that wish. Almost, because I didn’t stroll up that blasted slope, for I knew I would never make it in time.

You see, I spent my last day in D.C. not in D.C., but in the state of Virginia, on Mount Vernon, the estate of the first president of the United States of America, George Washington. I visited with a well-made plan of making it back to the Arlington metro station in time for the sunset, having checked the correct time on it for that specific date.

Unfortunately, many well-made plans go awry and so did mine. But what can one do, when there’s so much to see, do, and learn on Mount Vernon. I especially recommend the National Treasure tour with the behind-the-scenes look at the locations they chose for the movie and anecdotes galore about the shoot.

And, if you ever happen to visit, don’t miss the breathtaking view from the back porch of the mansion. No wonder Mr. Washington chose this location to be his home, and kudos to the ladies of the Mount Vernon Ladies’ Association who strive to preserve the estate, and the view, for future generations to visit and enjoy. 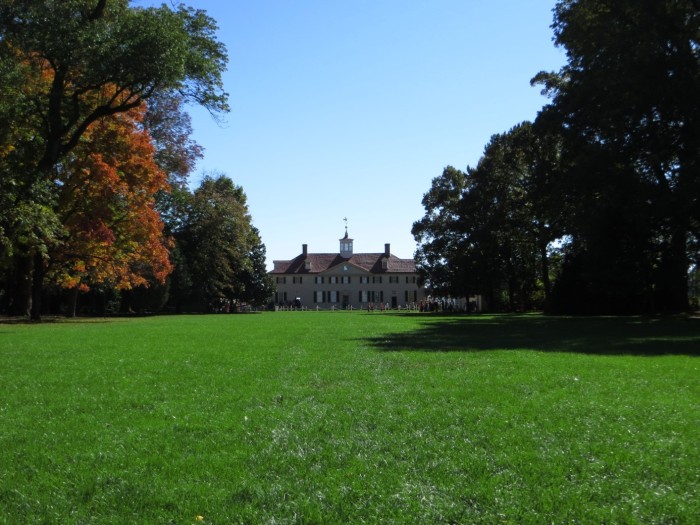 The tour, the view, and the visit of the museum, which offers the visitor a lovely insight into the life of a Virginian that, despite his lack of education and polish, rose through the military ranks, helped achieve a new nation’s independence, and served that same nation as its first president, helped in prolonging my visit to the time of closing.

Hence my missed appointment with the bench in front of the Netherlands Carillon and missed enjoyment of watching the marble and granite of the three monuments shine in all its glory. Because, trust me, the orange hue the stone gets when the light hits it just right…It’s almost magical. 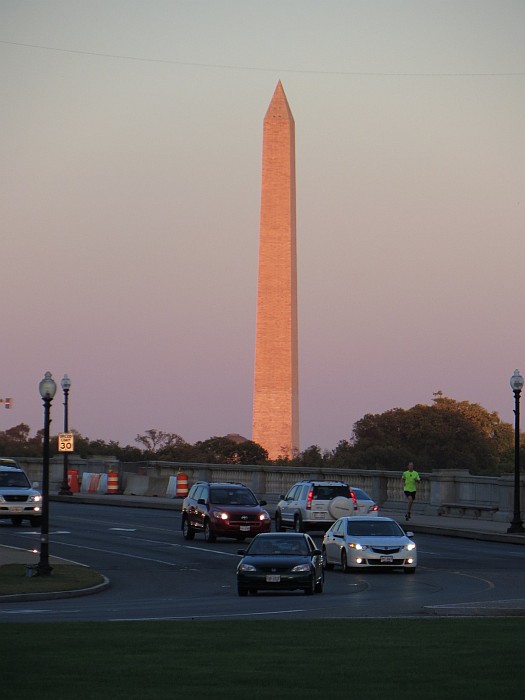 I ran up the stairs of the metro station just ten minutes before the sun set, which didn’t give me enough time to circle down to the George Washington Memorial Parkway and back up the aforementioned slope. I knew I’d never make it before the sun set behind the skyscrapers of Arlington, VA.

So off I went, almost in a jog, which, for someone that abhors physical activity, is saying something, onto the Memorial Bridge, hoping to get a great photo. I was too late to snap a pic of the Lincoln Memorial glowing orange, so the Washington Monument became my main target…Until I turned around, somewhere in the middle of the bridge over the Potomac.

The view was jaw-dropping.

The sun has already sunk over the horizon, but the clouds were still illuminated. And the colors were unbelievable. Fiery reds and oranges mixed with vibrant purple and blue hues. The clouds were like someone has photoshopped them into the sky, a vibrantly vivid real-life CGI effect. 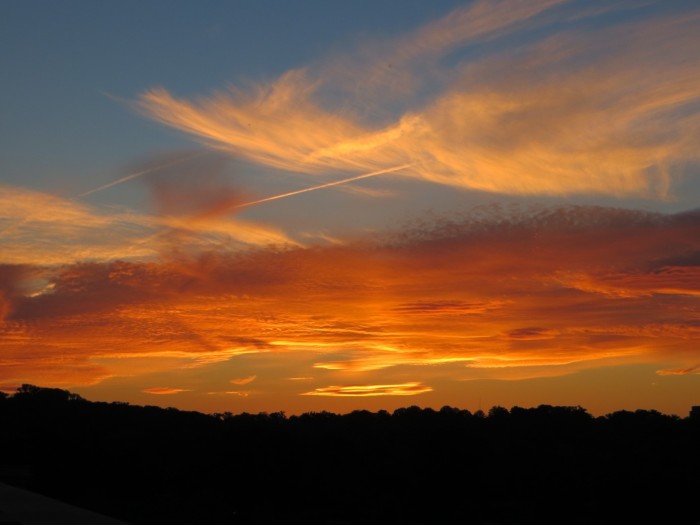 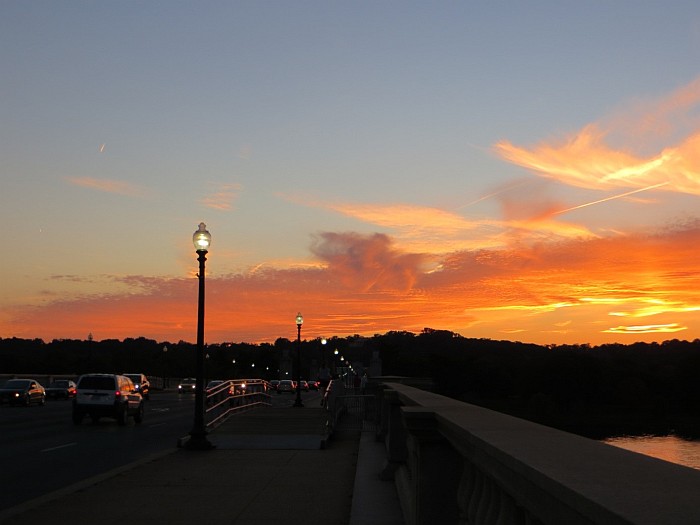 Needless to say I wasn’t the only one frantically pressing the shutter on my camera. Joggers, bikers, tourists…they all stopped, trying to capture the moment.

But moments are fleeting, they inevitably fade, as did the colors on the horizon. It was time for me to get back to my hotel and as I walked along the National Mall melancholy hit as it had never hit me before. This was it. I was going home in the morning. When I reached the circle of flags around the Washington Monument and looked up toward its tip, I’ve made my decision. This wouldn’t be my last walk through this beautiful city. I have yet to experience my last ever sunset in D.C.