When in Brazil, one must without a doubt visit Rio de Janeiro. Even if you’re travelling before or after the famous carneval which I definitely reccomend if you visit Brazil for the first time, Rio has its own special energy, that will not leave you cold. How could it, it’s Brazil! 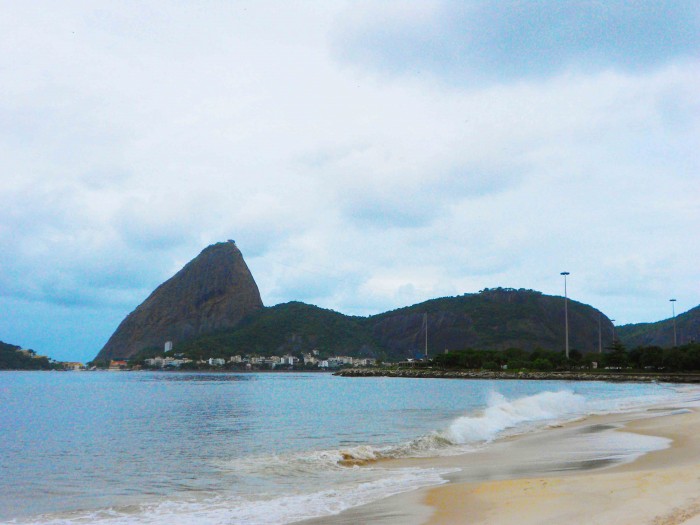 My Rio was not as sunny and hot as we usually picture adventures in Brazil, since I was visiting it at the end of March. Keep in mind, that is when the autumn and rainy season starts, so you might want to take an extra umbrella. I didn’t bother with wet socks and shoes as I was happily wandering around in my »chinelas« the famous brazilian Havaianas. If you’re a flip-flop fan, be sure to have an extra backpack with you, so you can buy havaianas in all colors and sizes much cheaper than in Europe. My eyes were sparkling, but my backpack almost exploded from extra havaianas I took home. 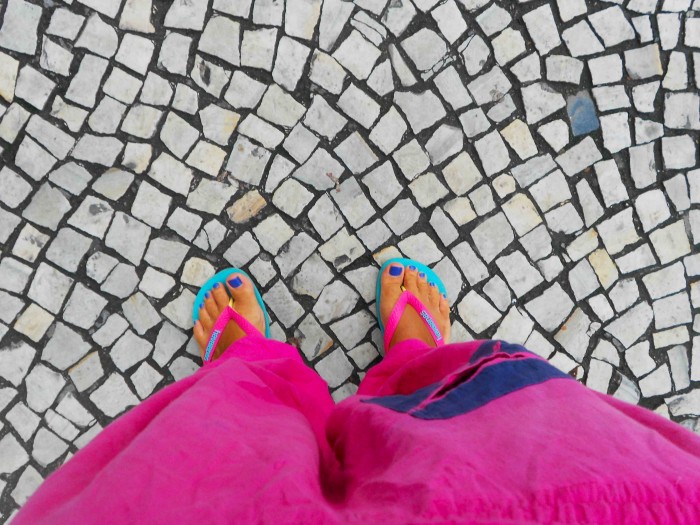 Famous brazilian flip flops Havaianas are known all over the world

As I usually do not like to go on the usual tourist paths, of course I wanted to explore Rio’s hidden corners and places. You can imagine getting lost in a city with 6,5 million inhabitants is quite impossible, but nevertheless I had fun. My first destination was a charming place called Largo do Boticário which means »Apothecary plaza«. It is an intimate 19th Century plaza with painted houses and amazing plants covering every corner. The fact that it was raining, also gave me the luxury of having it all to myself, as no tourists were obviously very keen on walking aroound in the pouring rain. 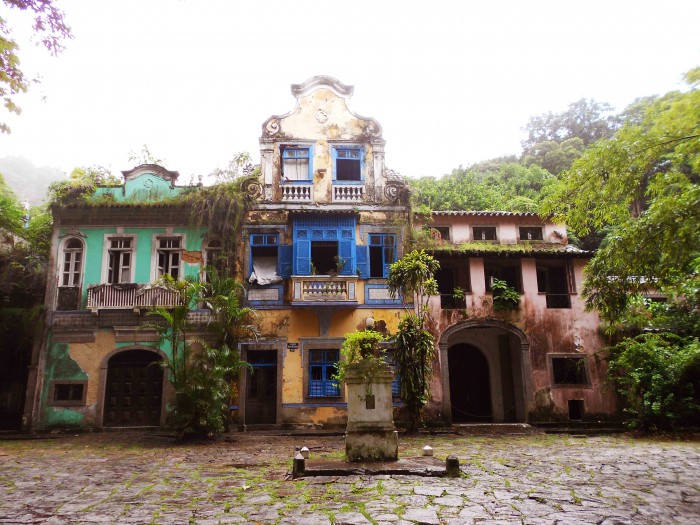 Largo do Boticario, a peaceful hideaway from the crowdy streets

One of the places that for me was a-must was definitely the Rio’s Botanical garden. I adore plants and in Brazil you can see all this amazing plants that either don’t grow in Europe or we have them in little indoor pots whereas in Brazil they grow as big as a couple of meters. Botanical garden is quite big (54 hectares) and it took me the whole afternoon to see most of the plants. Jardim Botânico contains around 6,500 species, some also endangered and there is also a research centre located there with a the biggest and most complete botanical library in the country. 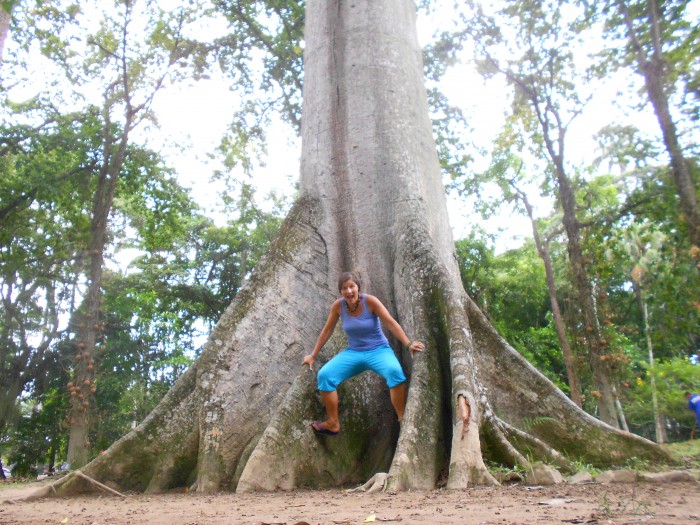 Rio botanical garden has many amazing species of trees 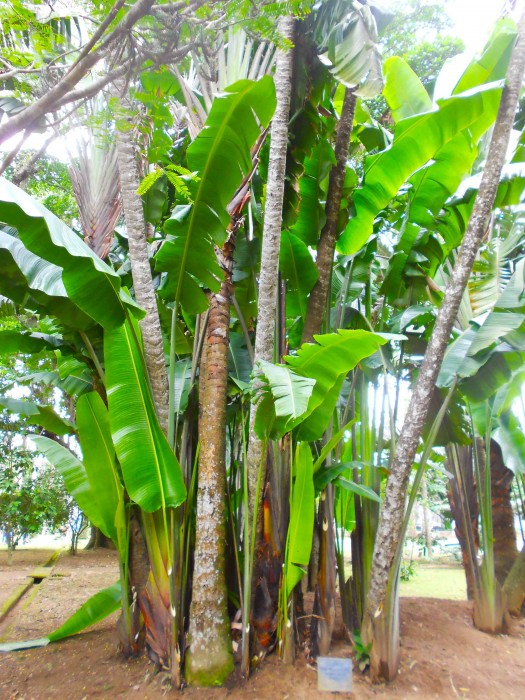 There are infinite numbers of different palm trees in Brazil 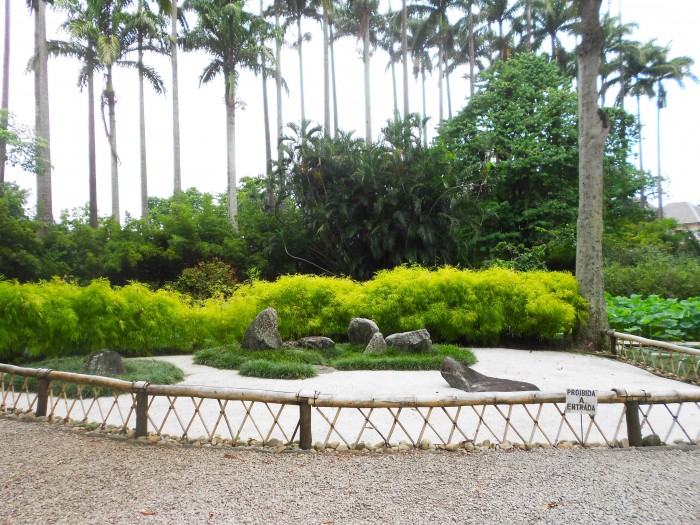 You can not leave Rio without visiting the Cristo Redentor on top of the Corcovado mountain. It’s one of the most visited location of course, and even though I’m not very fond of crowds I decided I will take the trip. The most fun part without a doubt is the tram that takes you up. There is a band playing samba in the tram, so it makes it even more fun. At the top I could only see the tip of my fingers, so no city scape photos were taken, as we have seen only gray clouds that were also covering Christ’s head most of the time. A special memory of the trip indeed.
As a fan of brazilian music I wanted to go and check if I will find the girl from Ipanema. But the only thing I could find at the beach were »Águas de Março« as the other famous song goes and it means Waters of March (the rainy season). Some courageous surfers were hitting the big waves, as for the rest of us, we’ve enjoyed our Guarana Antarctica, a very popular brazilian soft drink that you get in the beach kiosks. 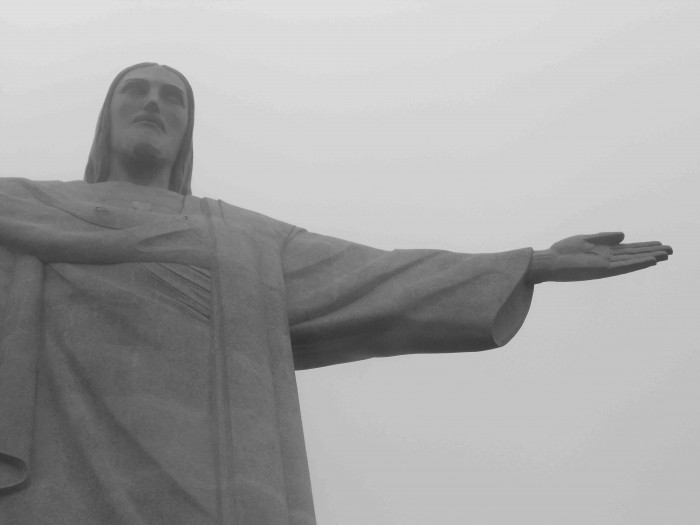 During my journey across Bahia I’ve met a carioca (a resident of Rio de Janeiro) which upon my arrival to her hometown Rio, took me to a very special and non tourist place where the local people were gathering to play and dance roda de samba. The place is called Samba na Gamboa. That Saturday night was one of the best nights in Brazil and I was feeling as if I completely blended into the Rio night life. I even fooled a guy, that I come from Salvador, as I really speak portuguese with bahian accent. The place of the samba was one of the most famous amongst local residents and it’s where they also shoot very popular samba shows hosted by Diogo Noguiera, a famous singer. 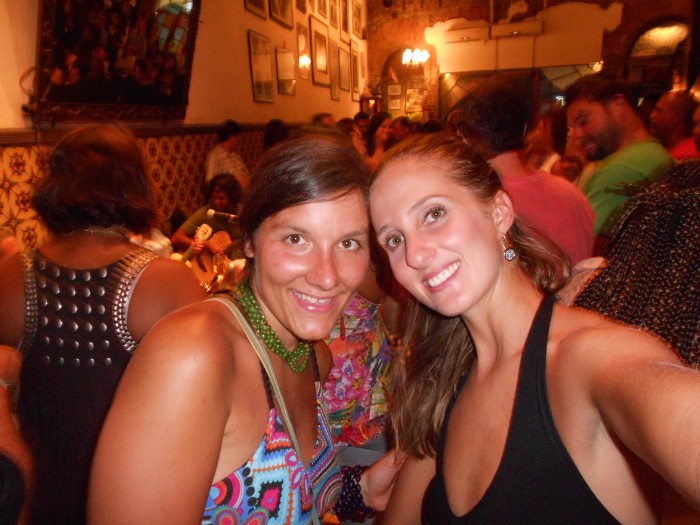 Rio, despite its foggy and rainy weather has left a special mark in my heart and I encourage everyone that wants to go there to give himself the luxury of discovering secret corners that no tourist guide takes you. Of course don’t miss all the beautiful places, but just for a moment don’t be a tourist, be the courious child that is amazed by the simple world around him.

Rio, the foggy but not less vibrant version
Rate this post