Those who make excuses in every possible way to travel, may understand me easier than anyone else. It is not necessary where you will go, road itself is what matters (and let’s not forget about the will to go, it is the root of everything). Therefore, anytime is traveling time and to anywhere.

One of the best sides of university life is surely making friends, and second best thing is to keep these friendships up. Isn’t it amazing having your friends through long ages and seeing all the period together that you evolve and going through all different kind of difficulties of life, and you are still there for each other. Moreover, having friends is another tasty excuse/reason to travel and meet after long years of missing. 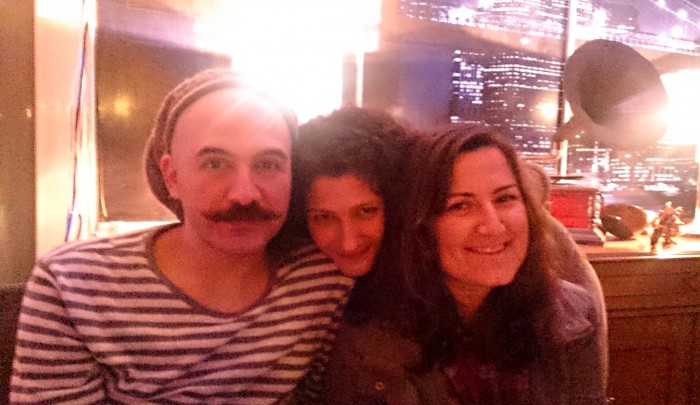 Burak,on the left and Sedef, in the middle. We met again in Adana, where they live, years after Ankara, at 6.5 Cafe

As soon as I came back from Thailand, I was shivering from cold, as if I didn’t know it is winter in Turkey. Hot season in Thailand was great, but I had to adapt myself as soon as possible. However, I was so lucky to have a couple of great days which was reminiscent of summer, not in Fethiye but in Adana in the mid of February.

Adana is the sixth densely populated city (after İstanbul, Ankara, İzmir, Bursa and Antalya) in Turkey which is located on the south of the country and by Mediterranean Sea. It is famous for ” Adana Kebab” and many more local food with meat that might make your mouth water if you are an omnivorous. However, being a determined and conscious vegetarian ( and recently  on my way to being a vegan), as you would appreciate, I was far from feeling the real spirit of Adana. If we don’t  count the smell of kebab everywhere  and eye-catching boards and signs that appeal to the appetite of the meat lovers, I did quite well during a whole week in Adana. ( I had been thinking being a vegetarian is very difficult in Turkey until I went Adana ) However I must give credit where credit is due; there were many more satisfying options for me such as ; 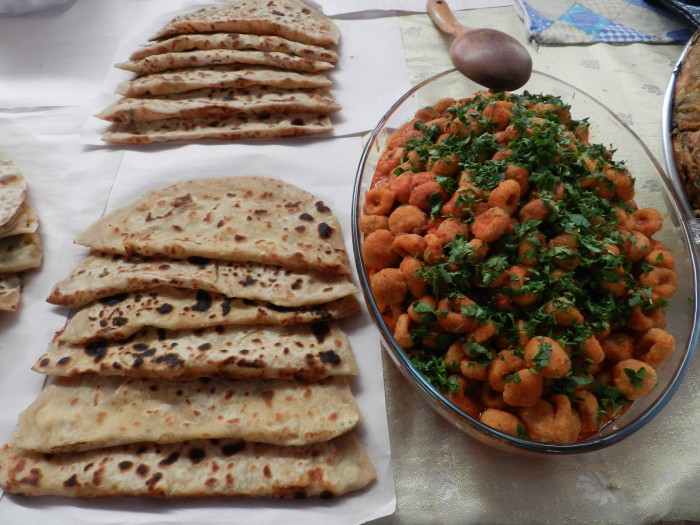 Spinach pastry on the left and Sarımsaklı Köfte on the right, Women’s Bazaar, Adana 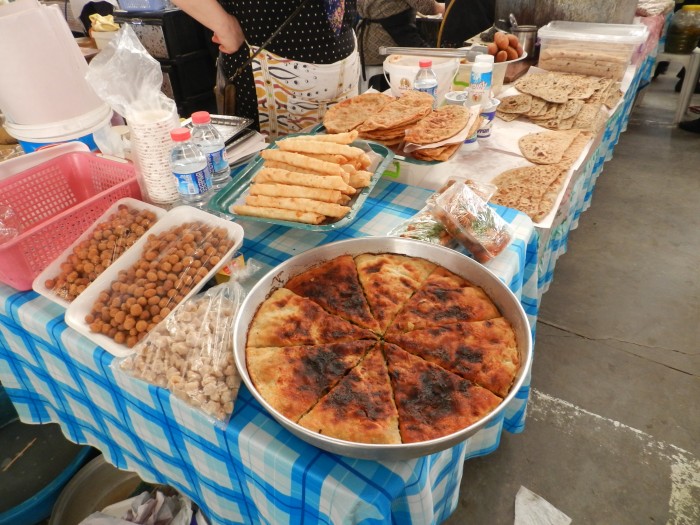 Women’s Bazaar is pleasing to the eye

Beside the rather wide cuisine of Adana, I would like to mention about the various sightseeings. It is quite reachable  to everywhere within the centre of the city. My favourite place has been ”Merkez Park” ( Central Park) which is enormously big and one can enjoy at the park, sitting, relaxing, playing games with friends and so on.  ” Sabancı Merkez Cami” ( Central Mosque ) stands just at the edge of the Merkez Park. I loved the ceiling engravings and adornments of the mosque which was elegant to see. 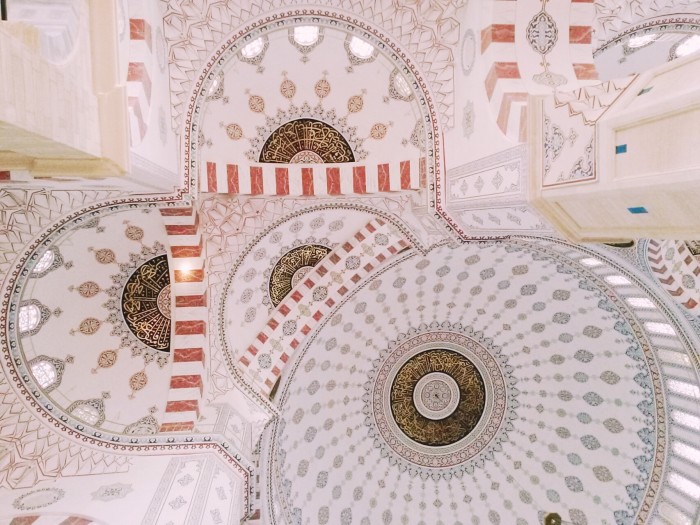 Adana’s centre is also known as Seyhan gets his name from the river Seyhan which passes through right in the heart of the city. Seyhan river is very important for the Cukurova region as it plays a big role for cotton production. Seyhan Baraj Gölü (Seyhan Dam Lake) which was built on Seyhan river is another attraction for people who would like to enjoy a day out on a sunny day with its relaxing view.

Moreover, again locates in the heart of the city, Taş Köprü ( Stone Bridge ) is standing as one of the oldest stone bridges that today is still in use. Built in Roman Period, it is estimated that Roman Emperor Hadrian built the bridge and during the reign of Justinianus the Roman Emperor it was heavily repaired and was restored between 2006-2007, Taş Köprü is the symbol of Adana. 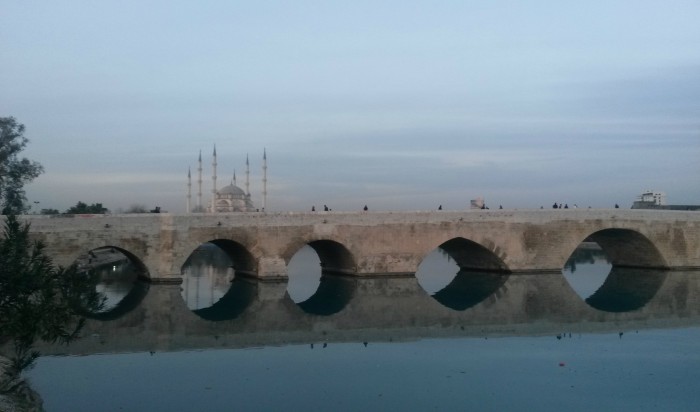 Adana has surely an important place within Turkey with its geographical location and historical background both recently and ancient times and does obtain major fund with ecomonical activities such as agricultural, cotton production, mining, tourism and so on.

There are many mosques within the city which have historically important places. Merkez Cami as I mentioned earlier, Ulu Cami (Grand Mosque), Yağ Cami ( Oil Mosque), Yeni Cami (New Mosque) are the most known ones. Besides there have been a couple of churches within the history as well. Bebekli Church is extant and used as Roman Catholic Church today that open to visitors three days in a week for a couple of hours. 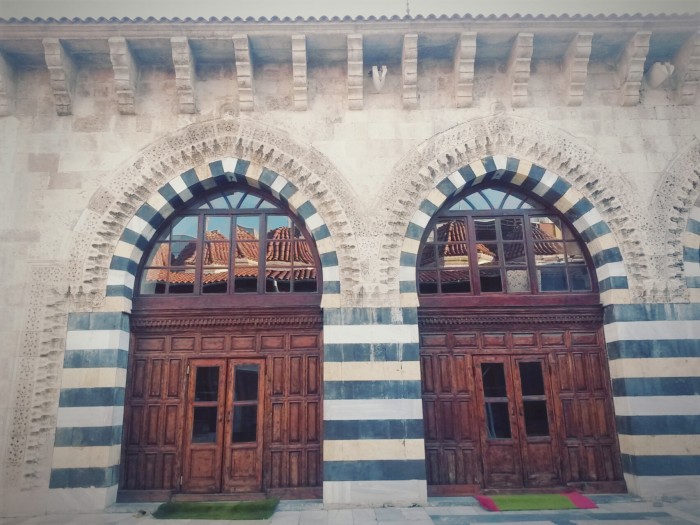 This time, I couldn’t say ”YES” to my itch for museums. Adana Archaeological Museum was being moved to another place and therefore it was closed. Adana Cinema Museum was also closed temporarily. Finally I could see ”Karacaoğlan Literature Museum” within a restored local house, was a fulfilling experience that I came to learn about the history of Adana and the family that owned the house.

Around Adana there are quite a few ancient sites that must need a visit. Misis Ancient Site and Misis Mosaic Museum and Anavarza Ancient Site are a few of them which I will definetely visit next time. 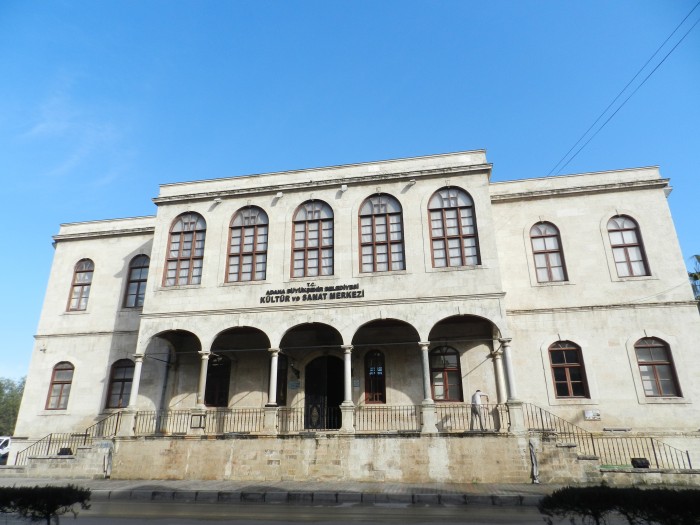 Meanwhile, I was enjoying my time with my friends Sedef and Burak and I was also getting to know their environment, trying to see Adana from their perception and surely talking about many things to deepen our friendships. Traveling Solo is surely an amazing thing but sharing the experiences together, living in the moment in which you can actually show something to someone is simply another thing. 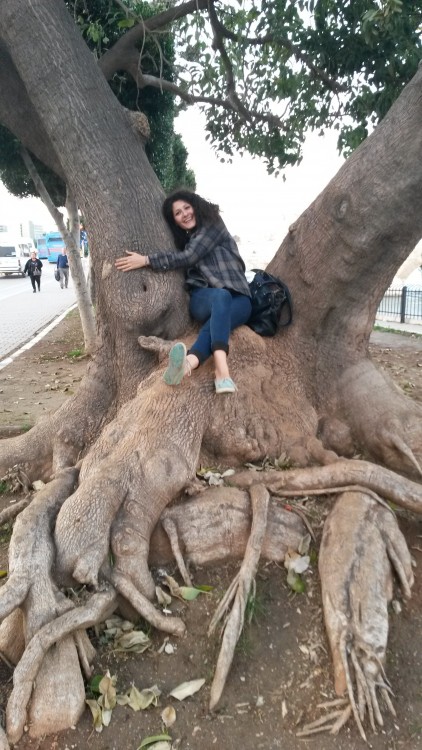 Sedef is hugging a tree because we love trees. ( Remember Gezi Park? 🙂 )

According to a Greek-Roman Myth, the root of the name of Adana comes from Uranus who came somewhere near Seyhan River and founded the city of Adana, had two sons whose names were ”Adanus” and ”Sarus”. 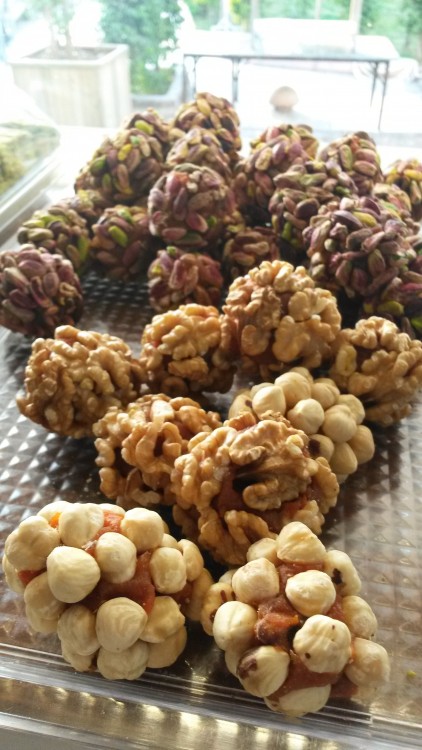 Have you ever seen something like this? Something more than just a myth. A real Sweet that you can hold. It is called ATOM by locals. Carrot paste with hazelnut and pistachio sticked around.

Last but not least, towards the end of my time in Adana, coincidentally we went inside of a cute shop that is called ”Namrun İğne Oyası Örnekleri” ( Namrun  Needlework Samples. Namrun is the name of a village in Mersin close to Adana) where we saw many needlework that is called  ”Oya”.  Oya can be literally translated as embroidery that is used to decorate fabric or other materials with needle. These kind of skills that show most of the culture of an area such as embroidery, stitching etc that fall into oblivion are trying to survive. Therefore I highly care that I would like to remind even if it is a small act. 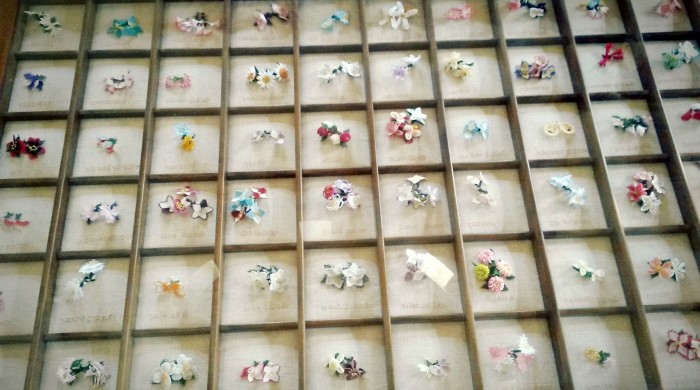 ADANA in the middle of February
Rate this post