”There are hundreds of paths up the mountain. All leading to the same place, so it doesn’t matter which path you take. The only person wasting time is the one who runs around the mountain, telling everyone that his or her path is wrong.”

As my favorite quote (Hindu proverb) says, there will always be people who don’t hesitate interfering in your way of living, choices, different thoughts than theirs, and they are the ones who are not happy with their own lives and can not stand to see how others are so brave, to live as they want, when they can’t do the same. This happened to me all the time and is still happening. When I refused to work for any government office or to be an officeholder from 09:00 to 17:00, there were people often assuming that I was either running away (from reality) or that I’m afraid of not being successful, but they were missing the point of Reality and Success actually being two relative concepts. Moreover, we don’t have to succeed (all the times)? Failing feels great, as well. It opens the paths that we have never seen before. Getting back to the subject, it took me years but I eventually learned how to cope with all the unnecessary speeches of the people, who consumes everything conspicuously, but lacks the inspiration: I automatically shut my ears and just smile, without approving expression. Even though sometimes I may fail, I’m very sure that I’m not the only person who suffers from the very same situation, and that gives me more strength to hold on. 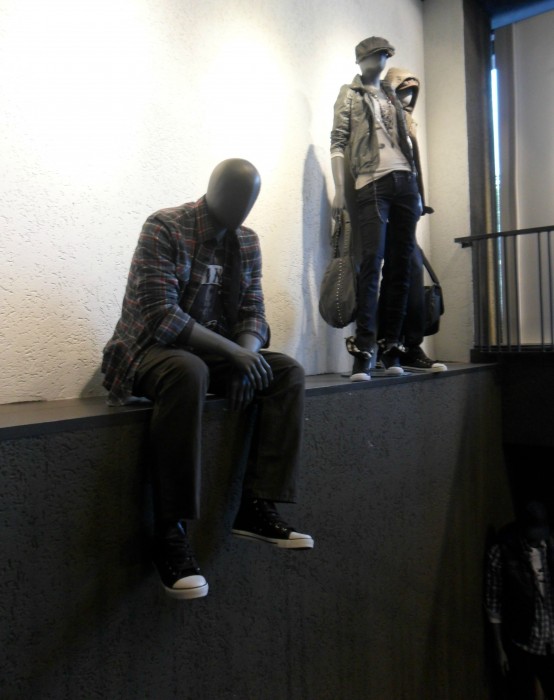 People who spend millions on a pair of jeans and a single t-shirt may have some difficulties understanding “‘What on Earth you will do in Nepal?”

After a couple of attempts of soul-sucking work experiences in my early 20s in the capital city, I came to realize that what matters is actually your (own) happiness. Although we are mostly raised to follow the vicious circle (classic scenario: born, school, graduate, get a job, get married, have  kid(s) and pop off without living for yourself at all)  there might be some lucky ones who can cut loose from that and start following their hearts, but not the obscene advices. 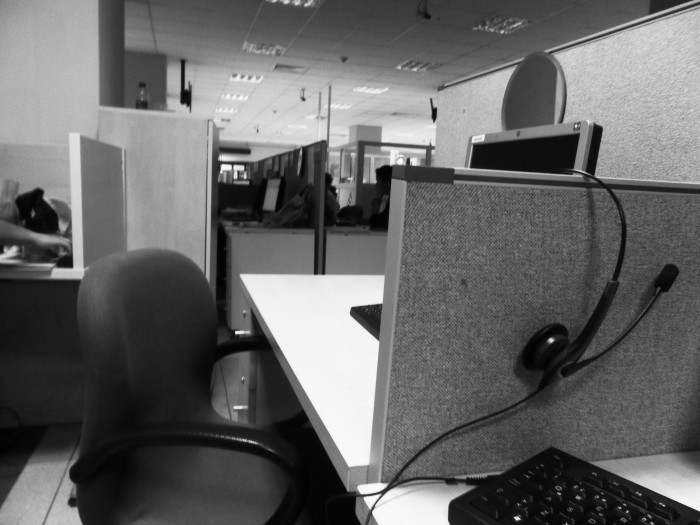 Do NOT dare to put me inside of 4 walls again. Never!

I’m very happy to tell you about me working on a sailing boat. I cannot quite express how it actually happened, maybe involving some coincidences, but I found myself on a boat in August 2012. Until that day I had been only drawing/painting boats on white papers and didn’t have a glimmer of an idea about working on a boat, and what it was like to live on a boat for a long period of time. In the very beginning, I kept working compulsorily to be able to afford expenses for my master’s degree, but soon after, it turned the other way round. Instead of only a couple of months time of work, it happened for a whole season starting from April, ending in November and i have totally forgot about mastering. My bachelor diploma is somewhere in my bookshelves anyways, and it doesn’t require any two of a kind. 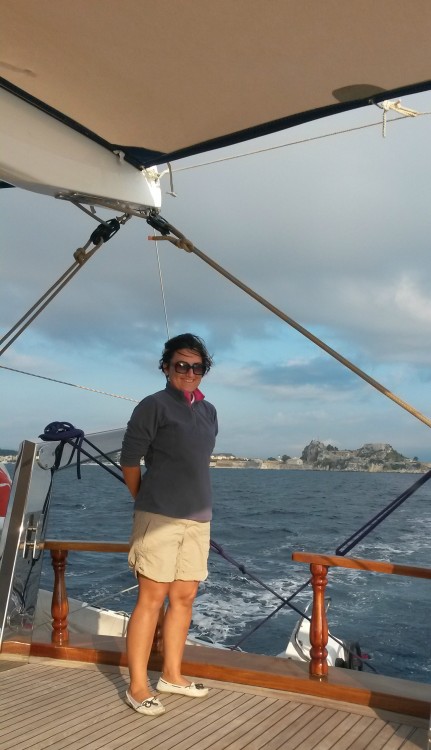 Me. Leaving Corfu (Kerkyra) behind, September 2014

But ”How could I work on a boat, cleaning, serving people on their holidays after my long years of education? Did I study for nothing? What was I thinking? Why don’t I work at a Japanese Company/Factory where I could earn millions? Or why don’t I become Japanese or English guide when I have my foreign language skills? Don’t I condemn myself to ruin my life, without thinking of my future (meaning to guarantee it)? I don’t think to work on a boat until my 40s, do I? You can not work for 6 months and have holiday the rest 6 months, can you? etc etc. ” These are not my questions/sentences of course, but you can guess whose. Well, if something is bothering the others, then it means you are on the right way. While I was ignoring the shallow interventions, I began to see the advantages of working on a floating kind of office and the beauties of the mother nature that I was surrounded by. No matter how close I was to the sea, in my hometown Marmaris, I haven’t thought that I could actually work on the sea. It took me some time to understand and get used to the jargon of the mariners, where everyone is male. However, once I figured it out, I saw that actually everybody is doing their work and try to hold on the life as much as the people on land do. Being on the sea on the other hand, with good and bad sides, it takes to have guts resisting the harsh weather conditions. Besides, the generosity and helpfulness to each other regardless of the different boats, always drops my jaw and makes me a little teary, literally. Maybe because I have witnessed none of the intrigues when I was on the sea, as I was on shore.

The most amazing thing about this work of mine, is that you go wherever the boat goes. Hurray! In spite of being so close to my hometown, after I went to Japan, Rhodes (one of the Greek Islands) has been the second abroad for me that I saw, thanks to the boat. Right in front of our nose, I could only see what Rhodes looked like, when I was 24 years old, back in 2012. 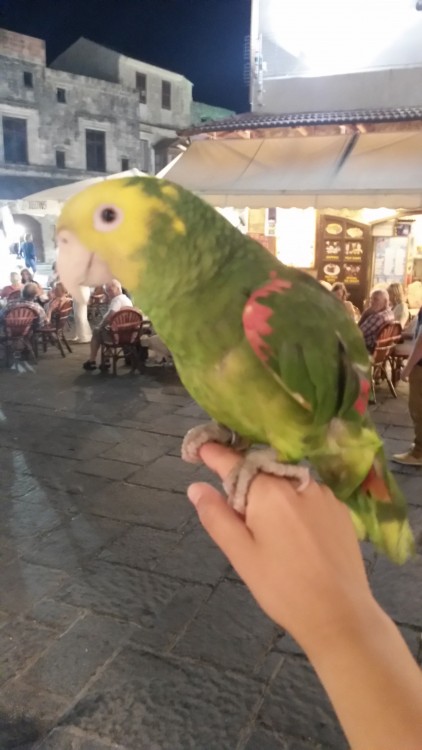 My second shock was when I saw Symi island, which is another island quite close to Turkey. I couldn’t believe actually what is called ”abroad” was that much closer, yet you need a visa and all the other procedures even though it is a couple of miles to see those tiny Greek islands. But who doesn’t need those? Yes, seamen and seawomen, as we go wherever the boats go ! 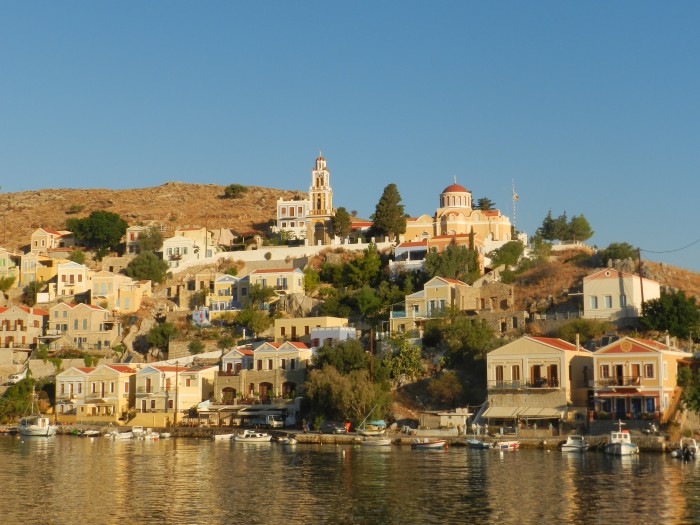 In the beginning, to be honest, I couldn’t enjoy sailing, as all I felt was scare and the fear of the possibility of the boat’s sinking. I was so ignorant I wasn’t even aware of the physics laws. Soon after, I was taught the details and the rules of sailing, I felt totally relieved and began to enjoy it a bit. I even remember now that I cried, shouting I will quit my work, during a harsh weather, off shore Santorini island, which was like a nightmare, but everyone was so calm and I was being the only drama queen. However, later I have realized that i wasn’t scared of any other stormy weathers or choppy sea after that day. After all the storm which doesn’t kill you, simply makes you stronger ! 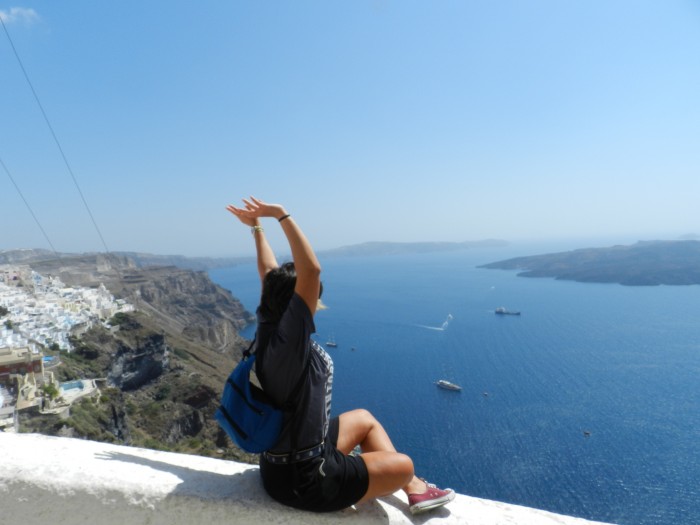 Me, June 2014. Santorini Island. When you are at the peak, you don’t mind the storms.

Cruising long hours, you get many opportunity to think about anything in your mind, while looking into the only color; blue. If you are lucky, you can have suddenly inward diving joyful dolphins. They are free dolphins, the dolphins that you don’t pay to see  captivated in pools. I have seen giant octopus and jellyfish, a swordfish hunting, i have also seen with binoculars a Mediterranean seal hunting in the distance. All of them are wild and free, as they are supposed to be.  My next mission is to see a Mediterranean whale and I will pray hard for it to happen. 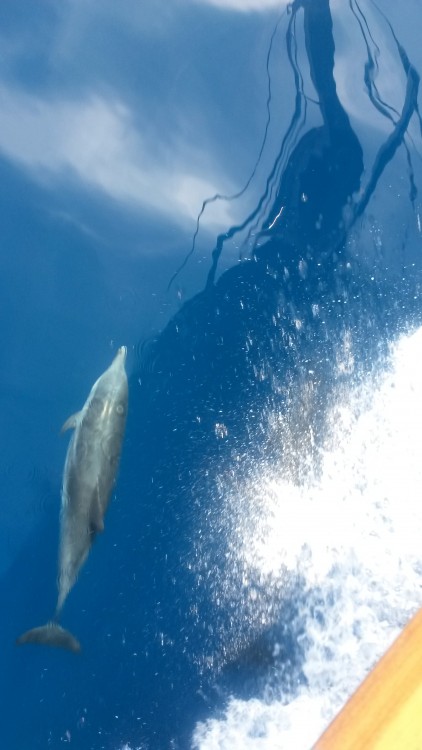 Sometimes just one or two, sometimes with a baby too and if we are luckier, with a bunch of baby dolphins 🙂

Moreover, the only gossiping you will hear or make, is about other boats, weather conditions, anchoring, and how impatient you are, waiting for the winter, counting the days to get some rest, but also start missing to be on the sea even before ending the season. The sea captures you once and hardly lets you go. Even though sometimes, when I get bored or have some sort of emotional anxiety, I can not leave the boat or go anywhere else, to change my mood, but I assume even this as a challenging situation, something I have to go through and transform. It may not be easy to keep up your mood and frequently focused on your duty in service industry, but there are always ways to handle that. I doodle stuff, take some photos or chat with my crew friends, where they become your family. After I figured out that the work on a boat is actually a team work, weight on my shoulders was gone. From pulling a rope to the communication, you must cooperate with everyone, life on a boat may teach you many things. 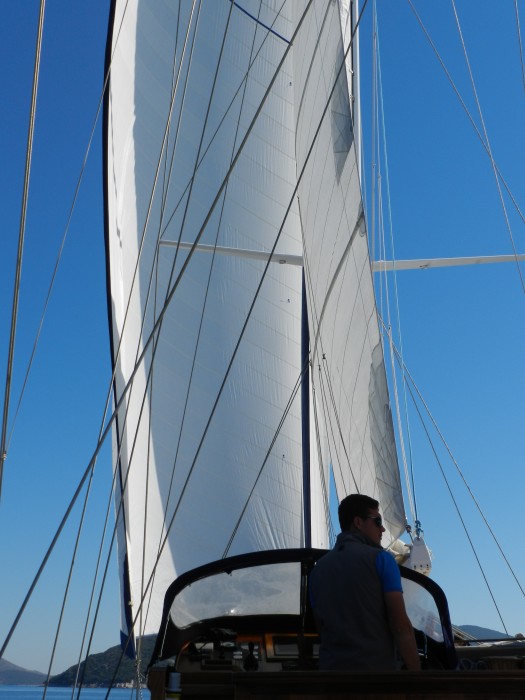 Being a captain might be the coolest thing ever. However, it takes a lot of responsibilities, caution, devotion and many other specialties to become one. 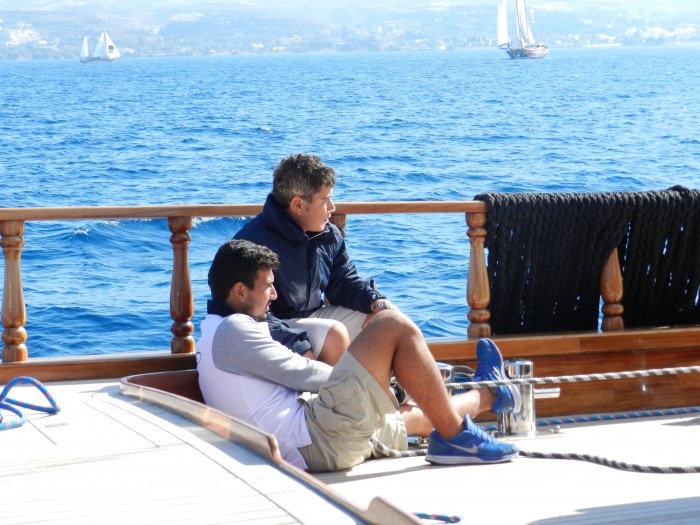 Sailing is fun, but also difficult. These are the funniest boys ever. Time is flying with their jokes on board. They are like Bert and Ernie.

And let’s not forget about the moon. The glorious moon of the day and night, wherever we go, accompanies us humbly. You may think this sounds exaggerated, but the nature or our universe is never exaggerating. We may miss it while living amongst the concrete buildings, without much of a green space, and not aware of how we actually depend on nature. It still makes me sad, when I think I spent my precious 6 years in a gray city, in pursuit of a better future, but I’m having a better future here on the sea, as far as I see now. 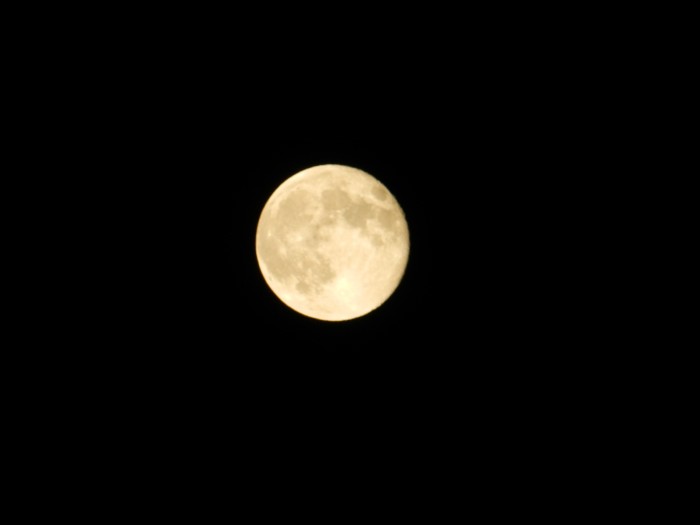 Glorious Moon is always there. You just need to look it up. 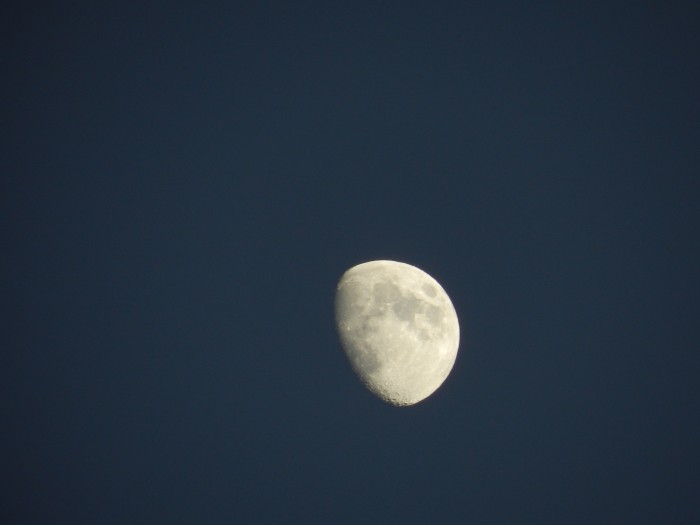 It doesn’t matter if it’s a day or night. It is always there.. 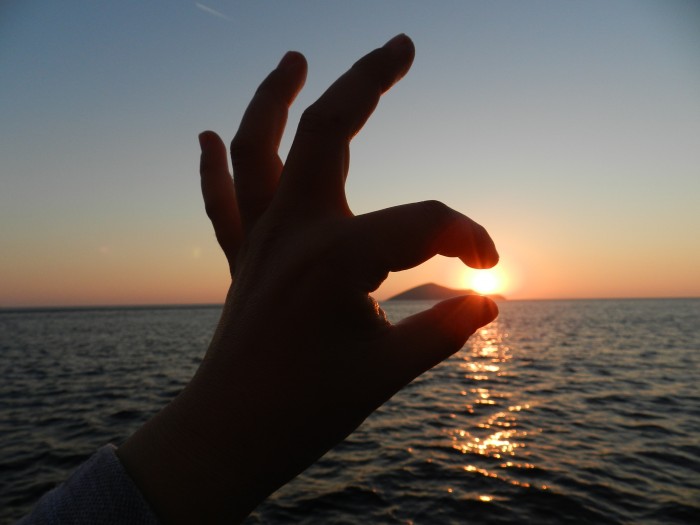 You can always hold the sun between your fingers. Leros island, October 2013

In less than a week from now, I will be going back to the boat. The season is about to start. I have had a pretty good winter time, doing which I enjoy mostly. Even though I feel a bit nervous about the unknown season (like every unknown stuff), it must be something great coming, if it makes me nervous. After seeing Dodecanese, Cyclades, The Argo saronic islands, Athens and Ionia islands in summer 2014, I can’t wait what 2015 summer will bring.

I do not have any firm belief in age, on the other hand, noticing that I will turn 27 soon, I’m thinking what I own in this life and what I don’t own. I don’t have a car, nor a driving license, I don’t own a house, i don’t have a collection of shoes that I combine with my bags, nor the latest smart phone. However, I have a collection of magnets on my fridge, another collection of city maps that I inscribed on and a collection of postcards from every harbour/city i have been, a collection of stones and seashells. Most importantly, millions of stars on the top of my head, half of the year. The sun, the moon, the green and the blue, wind and the sea. No one can buy these things and no one can persist they mean less than any other realities (!), as they claim. 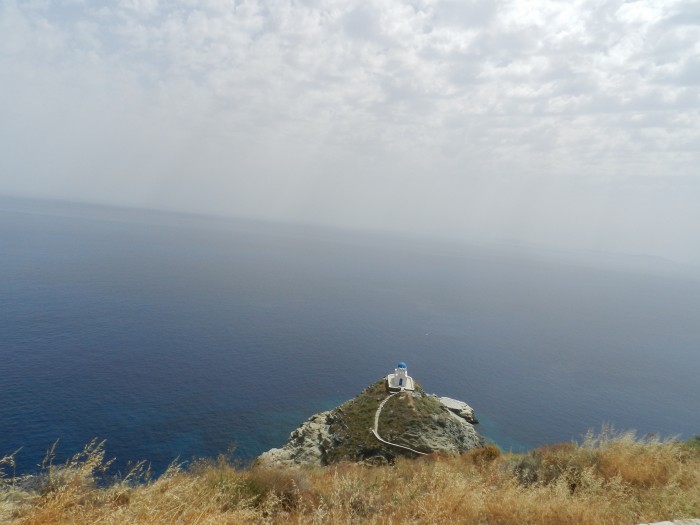 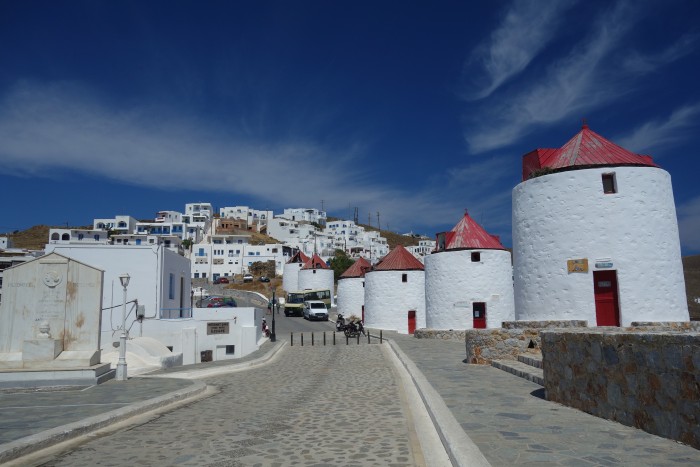 As far as I wrote down in my notebook once, as J.M. Coetzee’s quote refers: “Those who don’t have any dreams, can not see yours, either.” clarifies many things. I just let the wind, wherever it takes me, until it takes me somewhere else. 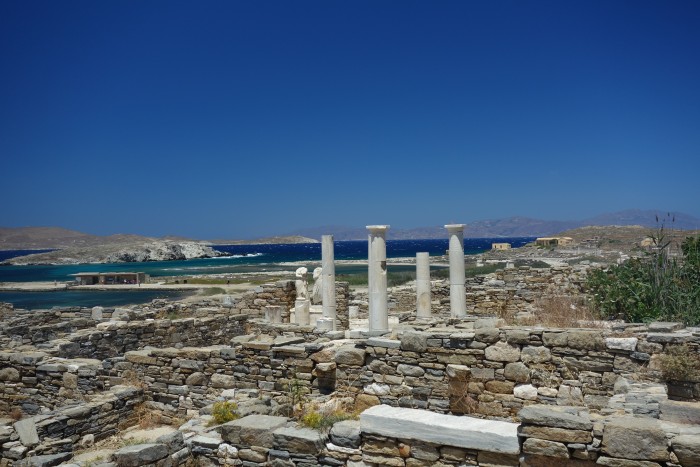 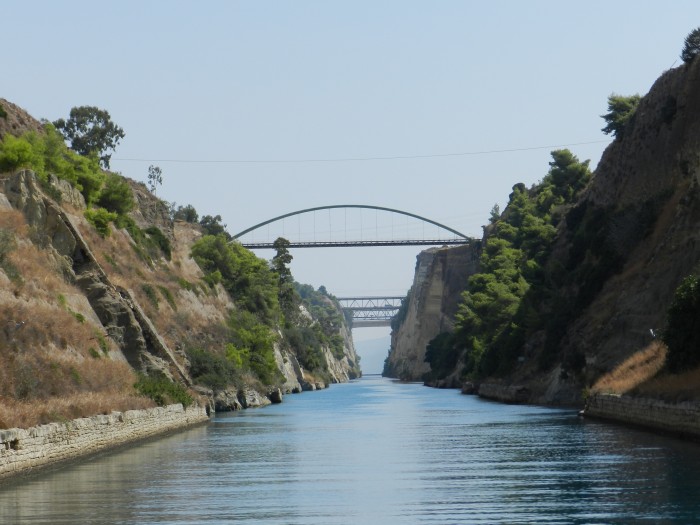 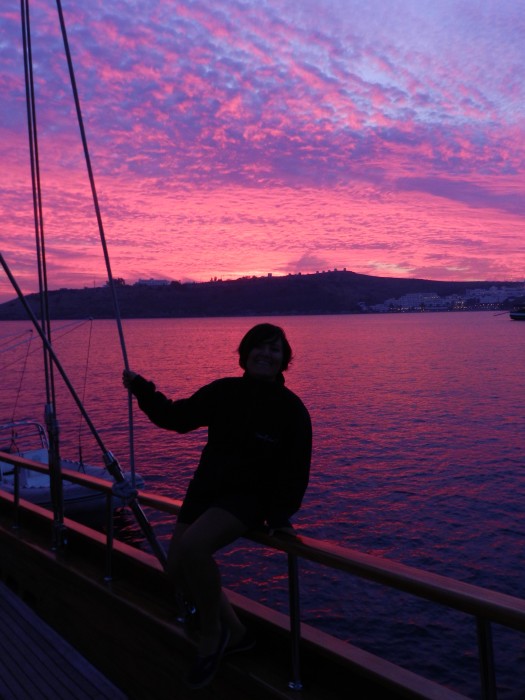 Sometimes the sky surprises us like that. Bodrum, Turkey October 2013 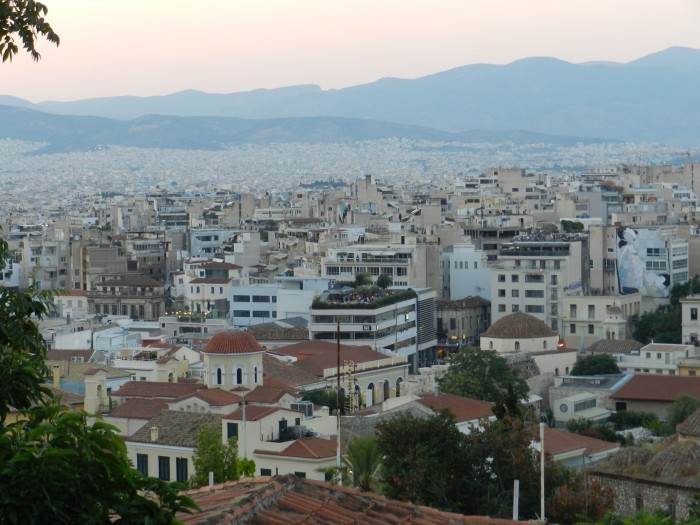 Let the wind take you wherever it may, you’ll NEVER regret it!
Rate this post