New York is a huge city, and most of the tourists visit only the Manhattan Island. However, there are many attractions and interesting places to see outside it, and the very first thing to see, the one that connects Manhattan with Brooklyn, is the Brooklyn Bridge New York. The bridge will not only impress you with its unique architecture, but will also give you great views of the Manhattan’s skyscrapers. 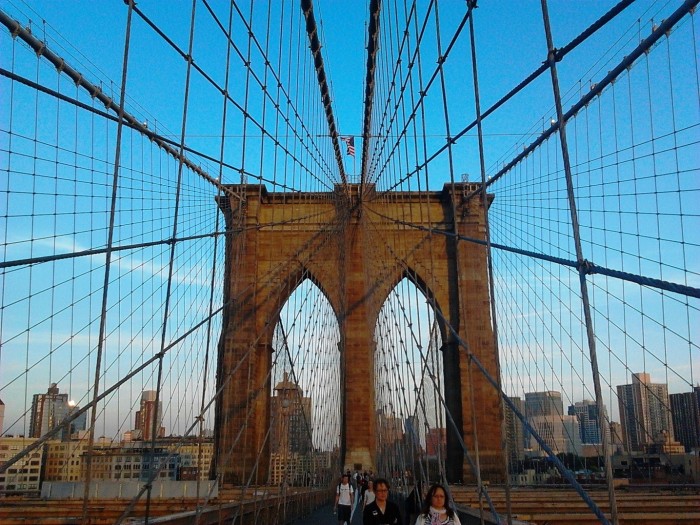 In a lazy summer evening in June 2012, together with five other friends, we decided to cross the Brooklyn Bridge New York. It was not only the curiosity of seeing other parts of New York, other than Manhattan, but we actually wanted to walk on the bridge, to admire the island skyline, and to enjoy the view. It was the perfect time to cross the bridge, as the sun started to hide between the skyscrapers of the island. The view was gorgeous, the bridge was not too crowded at that time, and we spent a lovely hour relaxing in New York. 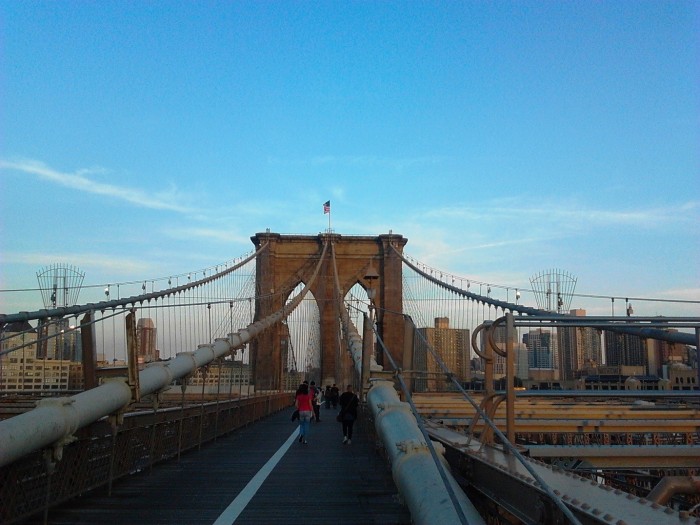 We actually crossed the bridge twice: once from Manhattan to Brooklyn, and once back. The bridge is simply beautiful, magnificent. I was totally impressed by it, and you will see what I am talking about when you will walk on it. I am not talking only about the view, but the bridge itself: the Brooklyn Bridge New York is a symbol, is a piece of art, an impressive architectural monument. The two towers and the high number of suspension cables will impress you for sure, as it looks almost unbelievable that the bridge is sustained only by cables. Furthermore, the bridge has an exotic look compared with all the other monuments in New York, but it attracts couples, photographers, and filmmakers from all around the world. It can be the perfect place if you want to propose your girlfriend, or if you simply want to spend a romantic afternoon. 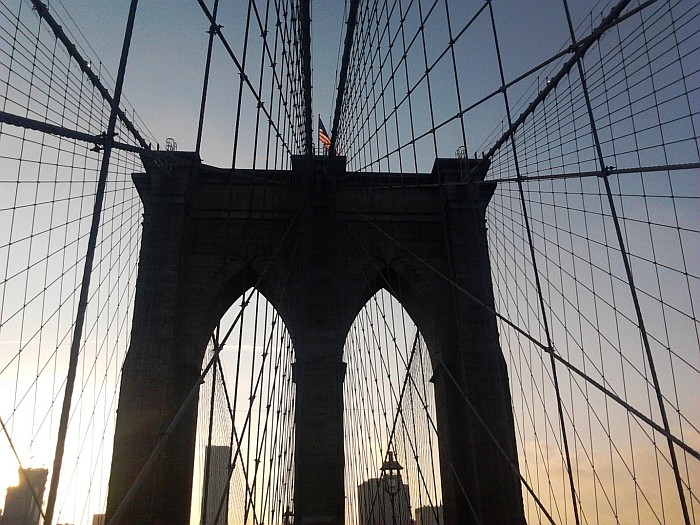 Sunset on the bridge

Even more, the bridge will offer you the possibility to shoot amazing pictures, not only on the bridge, but also with Manhattan, Brooklyn Heights, or the other bridges that connect the island with the rest of New York. Furthermore, on the bridge you will find a lot of tourists, joggers, and bicyclists, but the atmosphere here is quite unique. You can simply find a spot and relax, admire the view, chill, take pictures, and many more. For a city like New York, this is one of the few places where you don’t feel suffocated by cars and extremely tall buildings. You can actually admire the sky, the skyscrapers, the sea, and many more. And all of them for free, because there is no tax or any fee to cross the bridge. 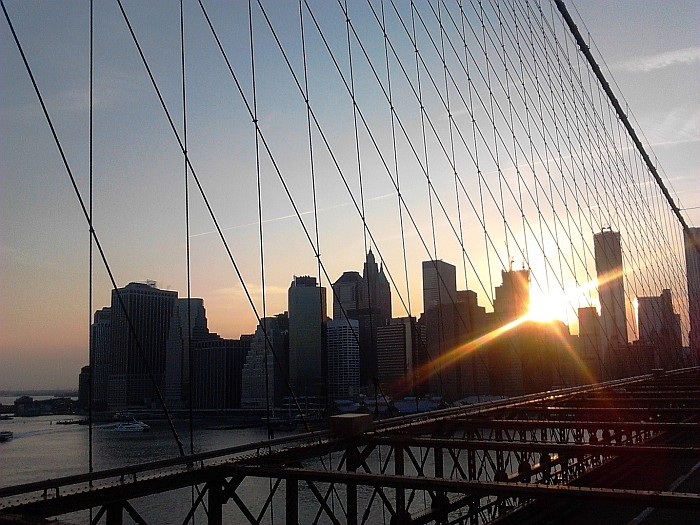