On my journey in Australia, I was attracted by festival of colours to which I found out through my friend. So I checked what it is about. The idea comes from the Indian Holi festival of colours, which happens every spring. It originates from land called Vraja (Vraja means the colour kingdom). Every year around spring everyone goes to the streets, they sing and dance in unity and they throw colours on each other. There are no boundaries or differences; it’s all about just being united and celebrating life together. 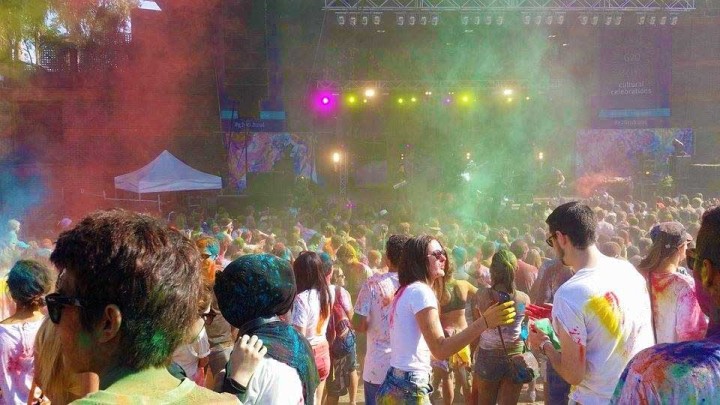 This idea came to Brisbane from two people (Mcklein Javeri and Yastele Jugmohan). For the first time it happened last year at University of Queensland, it was a smaller event, but very successful, so this year they decided to make it bigger. On their surprise the Brisbane government got involved into the project and made it part of the G20 cultural celebration. There were about 8,000 people that came from everywhere and stayed throughout the whole day. A team of 80 people was volunteering and helping to organize this event. 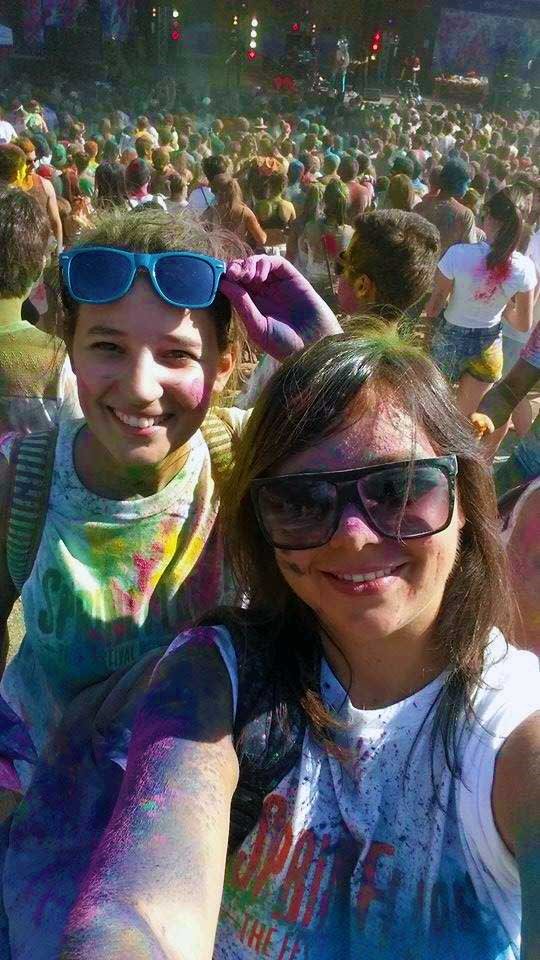 I found out that they were looking for more volunteers to help on the day of the festival, so I decided to be a part of it. I mean, what is better than having fun with the people from all over the world, singing and dancing and throwing colours on each other, and doing that for a good cause. 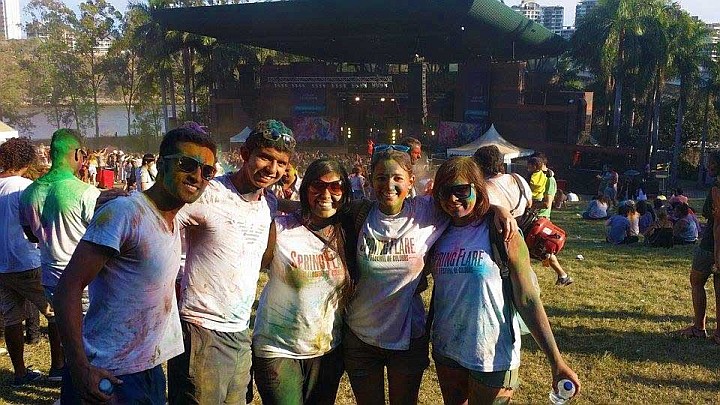 It was a beautiful, but hot day. We started to prepare everything early in the morning. I helped in a big tent where we were selling colours, t-shirts and glasses. Meanwhile on a stage there were numerous cultural performances, like the dragon dance, Bollywood dance, Filipino and Polynesian dance, drumming and much more. There was as well international cuisine & free activities. There were 15 multicultural stalls prepared by students. I’ve met two new friends, one from France and one from Columbia. After we finished our shift we got a good vegetarian/vegan meal and some colours to throw. We’ve spend some great time together, listening the music from Australian artists while throwing colours on each other. There were hourly colour countdowns. I had so much fun. We were covered with colours from head to toes.

I’ve spent the whole day without shoes and felt like a real Aussie. Why is that? Actually because I didn’t want to get my shoes dirty, and also here in Australia nobody really cares how you look like. A lot of Australians walk around barefoot, especially when it’s hot, and it’s good for grounding as well. 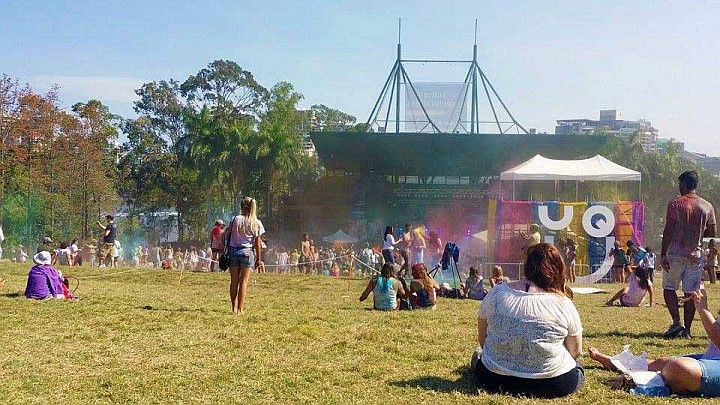 Anyway, as my friend, the director of SpringFlare festival said: “Beyond these profound differences we are at essence the same, human spirit.”

I felt really good that day, connected with all these “strange” people. And I thought to myself, that kind of festival should be all around the world, to spread love instead of violence. So if you want to experience that, organise it in your country or come next year to Brisbane. Or the best possible way, visit India in spring time.