The vibrant and turbulent city of Zadar boasts a unique position on its peninsula between a multitude of churches, remains of the old Rome, and numerous roadside pubs. Zadar is connected by road to Rijeka and Split (Adriatic Highway). The international airport is Zemunik. There are regular shipping lines with the northern and southern Adriatic and Italy.

Zadar was mentioned in the Greek and Roman sources as Iadera. It preserved the urban structure of the Roman castrum, and the largest part of the city was built by partitioned houses from the Romantic and Gothic period, which are clustered inside the dense old core, full of cafes, pubs and good restaurants. Among world-renowned buildings it is worth noting the Sammicheli’s Late Renaissance city lodge, city guard lodge with a baroque tower, Fantogna palace, Bishop’s palace, Grisogono-Vovo palace, Nassi palace, etc. All are located within the peninsula, which is closed to traffic and turned towards the warm and sky blue Adriatic Sea. The national square, which is the former centre of the Venetian city Zadar, boats a series of pubs and a city hall with a lodge and a guardhouse in Venetian style. During the summer season, arts and crafts market is often organized here. A pleasant atmosphere of the city, with lush Mediterranean vegetation, invites many tourists. There are numerous hotels and recreational facilities nearby. Along the coastal street, south-west from the old city core, there are a forest park and beaches. 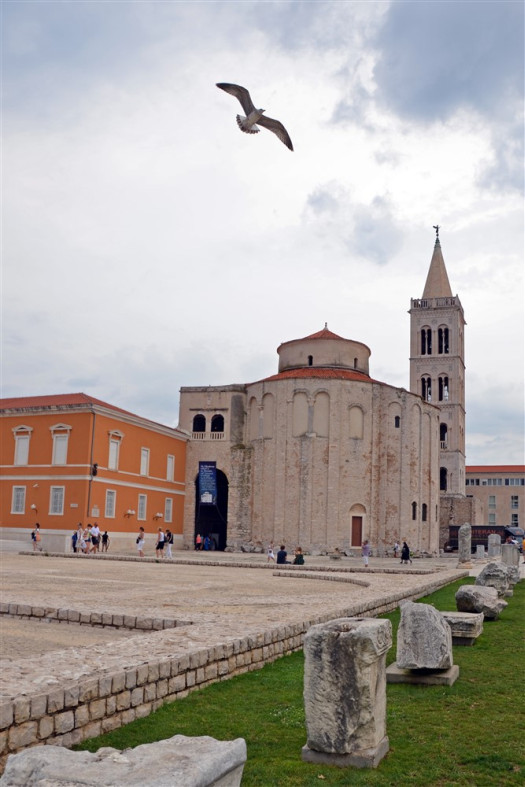 Zadar is composed of the old city core and the new part along the coast. There are three important museums: archaeological, ethnographic and natural science, a fine arts gallery and one of the richest historical archives in the country. On the location of the Roman forum stands the archaeological museum, which keeps various findings from the city and the surrounding area. These provide visitors with an insight into the Zadar heritage from the Stone Age up to the 11th century. In addition to the remains of the Roman forum (not much has remained from the ancient forum, because many stones were used for building other parts of the old city core), there are two outstanding cathedrals in the city: a catholic and an orthodox one. 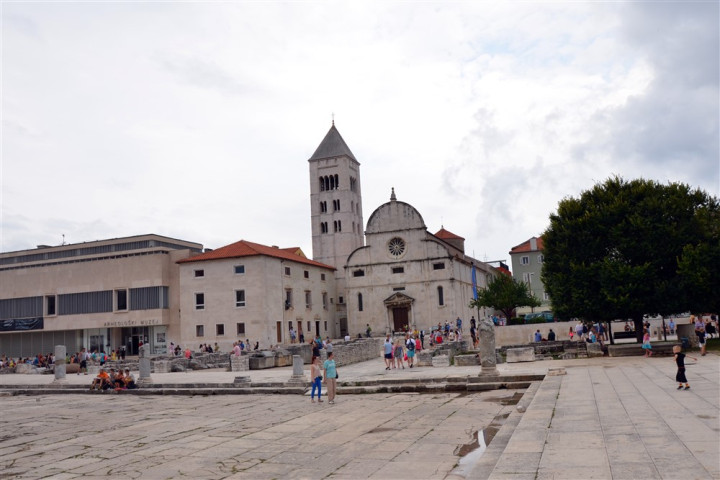 The remarkable Zadar cathedral of St. Anastasia from the Romantic era is situated on the spot of the former Byzantine building, where the forum of the antique Roman city of Iadera stood before that. Even though this church stands in the shadow of a more famous neighbour, the church of St. Donatus, it should not be overlooked. The rotunda of St. Donatus is 27 metres high and has three apses. The interior is divided to two naves. Thanks to its unusual round shape, the church of St. Donatus is very acoustic, which becomes particularly evident during the summer concerts that are organized here. The Romantic period also gave the city of Zadar one of the most beautiful churches in Croatia – the cathedral of St. Anastasia, which was built on the early old-Christian basilica and later expanded.

Every summer, the city of Zadar is revived with baroque, renaissance, medieval and chamber music concerts. The majority of events take place on various outdoor locations. In addition to the Church of St. Donatus, there is also a lively festival in the Zadar summer theatre with numerous performing arts. But also the city throb in street cafes and outdoor restaurants develops to the fullest. 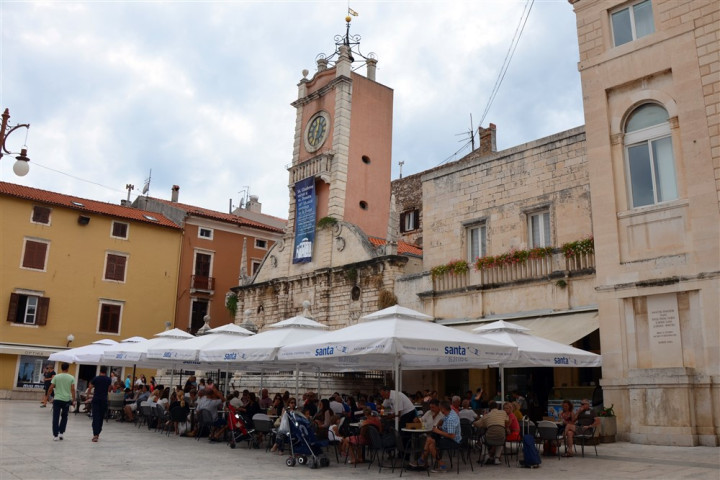 At the dawn of the new Croatian country in August 1991, the Yugoslav army and the paramilitary units rushed upon Zadar, which is situated dangerously close to the controversial Serbian Krajina. The outskirts of the city and the airport were captured soon. Rapidly deployed Croatian forces managed to prevent the fall of the city. The violent siege followed. The bombardment of Zadar lasted until the end of 1995. Zadar, which successfully bounced back after the war crisis, is again a lively seaside town. The icing on the cake is definitely its charming old centre, which proudly stands on the peninsula.