Antakya, also known as Hatay and the name of the central city, is located on south of Turkey at the Syrian border, is a very important place with its culture and history. It is the symbol of multicultural society, hosting three religions’ sanctuaries (mosque, church, synagogue) side by side with clemency and tolerance, as the phrase is, just like a ”cultural mosaic.” 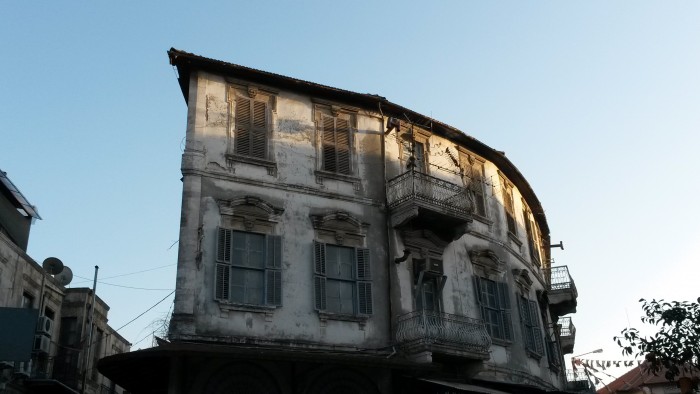 an old building trying to survive among urban restructuring that spreads all around the city.

Due to the common culture in society, differences in belief has never created a problem in Hatay as these differences are recognized as as a wealth of cultural structures.

Hatay has an important place for me that I wanted to see so badly in recent years. However I couldn’t go and see more of it as it was a day trip from Adana ,however seeing beautiful Antakya even for a day made me feel like going there again for longer time and discover more of the city.. Archaeological sites, natural wonders, museums, churches, mosques, and every other musts are just too numerous to be counted. For now, I just would like to share about narrow streets and street poetry of Antakya which left me amazed. 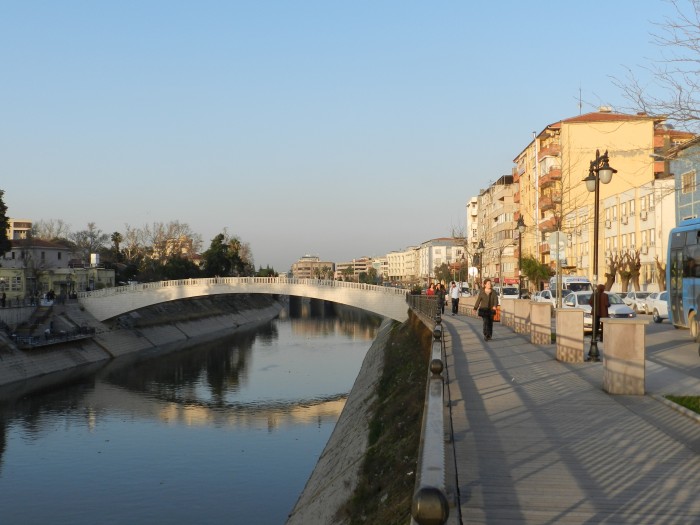 Asi River ( Orontes) passes through Antakya, starts in Lebanon and flows through Syria and Turkey, finally flows into Mediterranean Sea. It is the only river in the region that flows northward. That’s why it is called Asi which means ” rebel” in Turkish.

Our first stop was at ”Antakya Sofrası” at İstiklal Street, which is a restaurant that has many local food and is run buy two great sisters who are so welcoming and caring. Antakya, just like Adana, is a place where meaty food is very famous and common, yet me and my friend could find something without meat. It is always possible when you ask they will surely help you with vegetarian options. 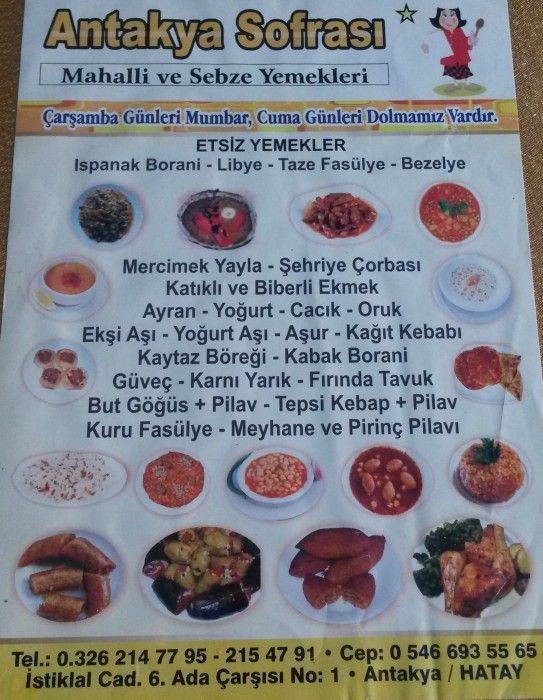 After we had local lunch, we directly went in Uzun Çarşı (Long Bazaar) where you can find almost anything related to the area. Spices, dried fruits, snacks, nuts, wooden carved spoons, cloths, scarfs, local daphne soap and many more. I got myself  small amount of spice which is called ”Zahter”. It is a blend of powdered thyme but also has some spices in it like; sesame, cumin, coriander, mint, sumac, cinnamon, roasted chickpea and bulghur flour. It sounds amazing isn’t it? People from Hatay have Zahter in their breakfast. They first dip their bread into olive oil and the dip the same bread into Zahter. I couldn’t imagine any healthier morning kick for the day. (and fresh vegetable juices that I make.)

Local daphne soap ( also known as Hatay Soap) is another souvenir I got myself from Uzun Çarşı. It is is soap made by  both olive oil and daphne leaves’ oil. It smells just great and so organic that you wouldn’t mind using it even for your hair. 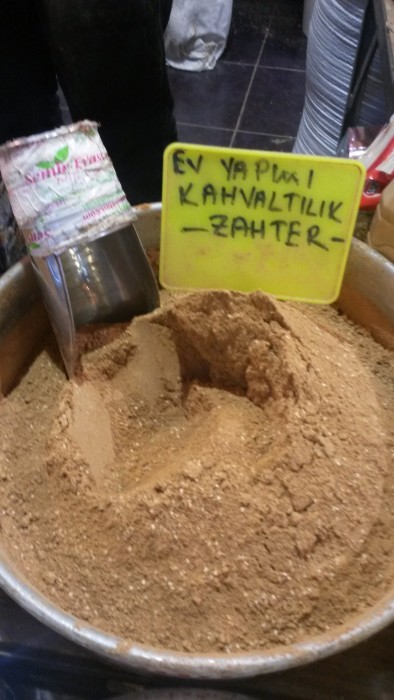 Afterwards, we went to try the famous ”Künefe” (Kunafah:  oven shredded pastry with soft cheese filling in thick syrup) by Yusuf Usta who is most famous person in the area if you want to eat Künefe. He even let me take a video while he was spinning the tray in which künefe was being cooked. It is a very delicious sweet undoubtedly and surely needs a try but not for every time as it might be a bit heavy.

Before sunset we let ourselves in the narrow streets of Old Antakya. Considering the street art or poetry as an outpouring of the feelings, suffering ( mostly in love) about life, dreams, sorrow, happiness or sometimes just to show how quick-witted the writer can be, I find it quite intelligible to see anything on the walls. ( I do not support any of the attempts of writing at historical places, on ruins, rocks or any other disturbance to the natural habitat ) In every corner, on every blank space, there were poems, lyrics and even jokes were written. It is not a new thing for me to see anything written on the walls in streets, but somehow, Antakya surprised me with it’s emotional atmosphere. They show the sensitive souls who wrote everything there. 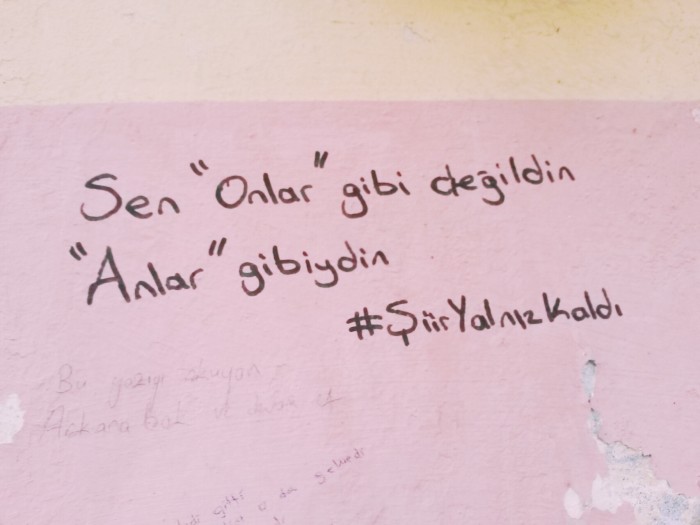 It says : ” you weren’t like the others. You seemed to understand. ” #poetryalone

Later on, it got dark (so fast) and we got the bus back to Adana. 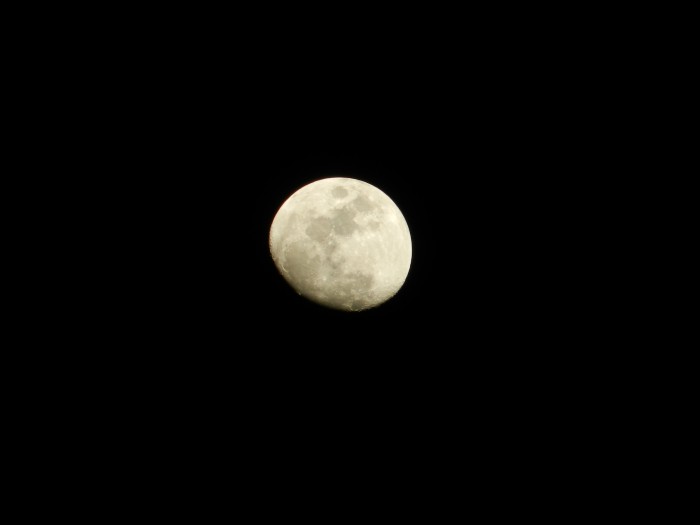